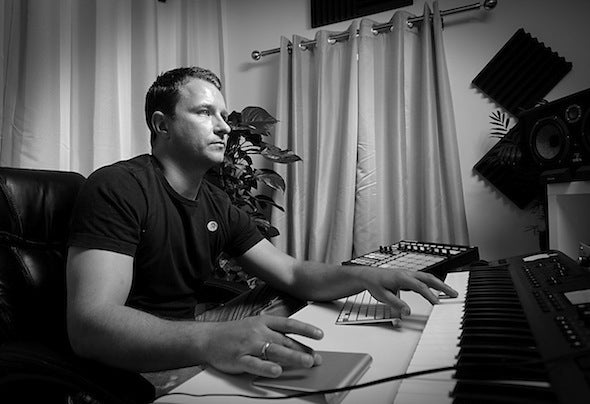 Raoul French is one dance music's new breed of entrepreneurs, his sound truly comes from the underground through being a time served apprentice.Being raised in a musical family he learned to play the keyboard and drums from a early age. Around 1991 he started to get into electronic dance music being caught up in the whole rave scene which was sweeping the nation. It was at this time Raoul began to buy vinyl and learnt the art off real djing. After a few good years off partying and djing the local gigs Raoul started to embark on learning the art of production,. Doing a sound engineering course he became familiar with the tools needed which lead to him purchasing an atari st and akai S2000, the rest was history. Raoul got his first solo release on Dirty Delux Records in 2009 with an E.p called The Warm Up, this got some great support and gave Raoul the inspiration to carry on and push to finish more music. Since that time his work can be found on label's such as MUM, Sonar Bliss, GF Tekk, Muchiq, Revolucion, Presslab & Frech. As a dj Raoul has covered ground over the uk, europe and america. Keep an eye and ear for Raoul's music as he continues to push his boundaries.