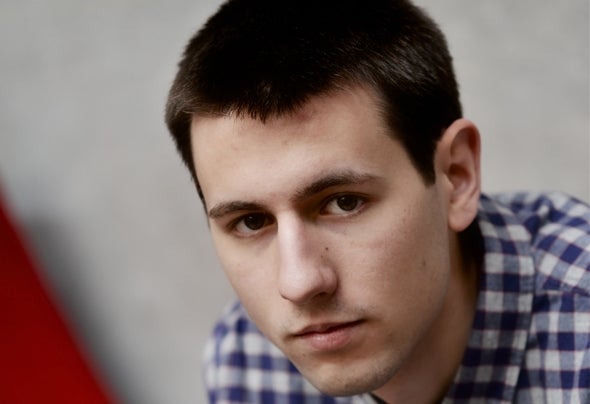 American producer Nate Kozlowski was first introduced to electronic music in 2001, while living overseas in Germany, and was quickly hooked to the sounds of EDM.After moving back to the States in 2007, Nate wanted to take his passion for electronic music one step further and in late 2007 started producing electronic music at the age of 14 under the alias "Falcon". During the summer of 2009, Nate decided to focus on making trance music, and spent the next year honing his production skills. It wasn't until the end of 2010 that his career started to unfold after a friend suggested to send his music off to labels, and it wasn't long before it took off.After ending 2011 with a handful of strong releases, Nate started off 2012 with a bang, having his tune "Kestrel" playlisted three times in a row by Armin van Buuren on his weekly radio show "A State Of Trance". As 2012 continued, Nate received additional support for his music from top trance DJs such as Armin van Buuren,Above & Beyond, Dash Berlin, Aly & Fila, Paul Oakenfold, Markus Schulz and Roger Shah. Nate also had the opportunity to debut his DJ career at EDC Orlando, one of the largest EDM festivals in the States, after winning Insomniac's Discovery Project contes t.Currently signed to Enhanced Music and no longer a newcomer to the scene, Nate opened 2013 by releasing his collaboration, alongside fellow Enhanced artist, Max Braiman. T he track, titled Serenity, continues to grace the sets of many top trance DJs worldwide. With fresh original material and remixes coming out soon, the future is looking bright for the 20 year old American.