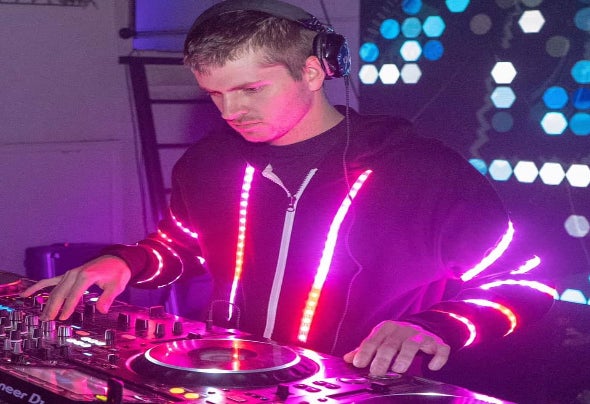 Known for his unique production and melodies which provide him an uplifting and euphoric sound. U4EUH has been smashing stages, since he started his music career in 2012. He became influenced by Trance and Progressive elements, and has since developed a love for it. Angelic vocals, ambient pads, piano, and thriving basslines are what bring his productions to life. U4EUH Refers to his followers as 'Hoodiegang' and is consistently releasing episodes for his podcast series 'A World Reborn.’ AWR showcases the latest Trance & Progressive tunes along with his own original tracks, remixes and mashups. He has been support for some of his biggest EDM influences in the world, such as: Markus Schulz, Andrew Rayel, Gareth Emery, Ferry Corsten, Cosmic Gate, Vini Vici, Jason Ross, Andrew Bayer, Spencer Brown, Sunny Lax, ARTY, Infected Mushroom, Bunny of Rabbit In The Moon, Henry Fong, Liquid Stranger and receives support from many more. He also signed his first track 'Elixir' in 2018 to one of the top trance record labels - [Blue Soho Recordings] out of Istanbul, Turkey. Followed by his 2019 release, 'Iconia' with UK label [Alveda Music] was his biggest tune yet, which gained support from some of the top trance artists in the industry, such as Mark Sixma, Davey Asprey, Taylor Torrence & Leo Lauretti.