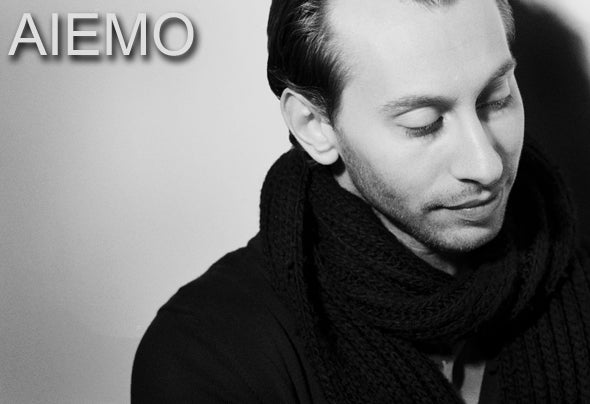 Aiemo is a chillout – lounge producer from fashionable Copenhagen, Denmark. The real name behind the artist Aiemo is David Nicosia Longhi who has established his creative position as a published author and producer.Aiemo has made numerous chill-tunes such as the widely popular 'Dreaming Eyes' with vocals from Universal Music’s signed artist Sandra Hakky. With a love for the female voice in several of his tracks it came as no surprise as he collaborated with the winner of Armada Music’s singing contest Radmila Markidonova.Aiemo has released several albums from the highly recognized label 'Bonzai Elemental' as well as being featured on popular compilations from 'Alter Ego Music', 'Catharsis', 'Invisible Lounge' and a compilation from 'Destiny Music' mixed by the famous Lenny Ibizarre alongside an exclusive releaseparty in Tokyo, Japan.Besides having released numerous chillout and lounge tracks Aiemo has also been featured in music videos for the lounge category. The two most popular music videos for Aiemo is 'Your Dreams' featuring the Danish model Louise Rams as well as the high fashion, cyberpunk video 'Left with Silence' which any lounge-lover should see and experience with their own eyes.As a final note Aiemo has also been featured as a guest and special edition on the renowned radio station 'Beat Lounge Music' that emphasizes his love and passion for the chillout and lounge genre. Aiemo is anticipated to do more releases and radio performances throughout the next years and will continue to produce a range of ambient, chill and lounge tunes.