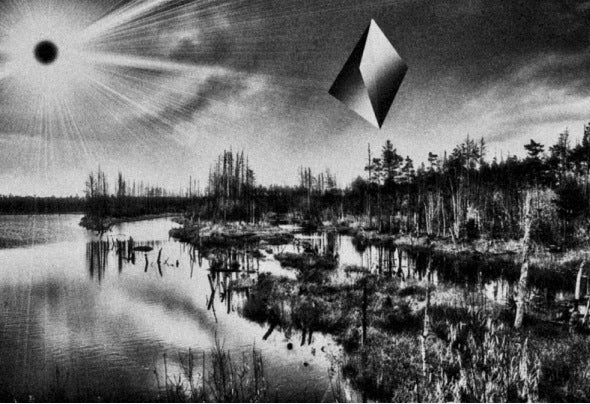 Dissident is the production name of Russian based Stanislav Sevostyanikhin. Residing in St.Petersburg at the Baltic sea shore, he spends most of his time slicing beats, synthesizing sounds and creating trends in modern music culture. He is influenced by very different kinds of music that allowed him to produce such diverse and truly innovative tunes. Although his forte is primarily drum&bass, Stan has never restricted his music to one particular style or genre. Stan started to produce electronic music in early 1998. After getting some experience he created his first drum&bass project called Dissonance (featuring his mates Aspekt, Nec and MC Akim). They had enough success in Russia, with many releases and performances. In 2001 he quit the project and went on to produce solo under the Dissident moniker. The sound that he had polished was ready to be taken onto the world scene and his first 12” release “Technecium” (made with Paul B) was on the famous British label Renegade Hardware in 2002. Today Dissident’s discography among other releases includes several full-length albums and several 12” on Offshore, Hospital, Subtle Audio, Subvert Central, Count er Int elligence, Subt le Audio, Camino Blue and many many others.Under the guise of Kontext, he set out to write music with no genre classifications. This has become a project to show the diversity and extent of Stan’s production skills. He has created a self-sufficient artificial ecology of bleak soundscapes and dynamically Techy post-dubstep and Techno rhythm mechanics. This project is exclusively signed to Bristol-based label Immerse and has got a good success.With his fresh and catchy sound, Stan has toured as a DJ across Russia, Netherlands, Poland, Ukraine, Latvia and other countries. If all this weren't enough to keep one busy, he also runs his own imprint Opposide and participates in well known in Russia scandal rap band “trash-chapiteau KACH”.