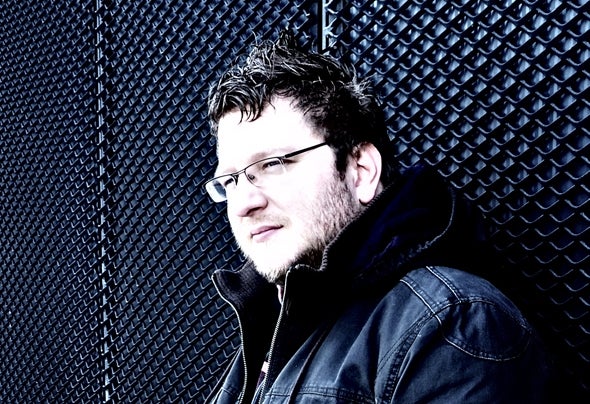 Blaz Vrecko from Slovenia, a man behind Reconceal, spawned interest in producing music quite Early on, but his productions really kicked on after connected to the world wide web, interacting and sharing in the mod making scene. Continously showing interest in trance music, he first produced a trance song in 2001. In 2007, he got his first release on Alter Ego sublabel, Inov8 recordings, entitled Reconceal EP. In the past year, Blaz released 2 more releases on Inov8 and contributed numerous remixes to both established artists, like Amex and Chapter G8, and fresh artists like Suncatcher, Addex and Ehren Stowers, and both his own songs and remixes got great support from top players like Ferry Corsten, Mike, Mark Pledger, Daniel Kandi. His release on Perceptive recordings, »When I find you«, was introduced by Paul van Dyks radio show and played numerous times live by the master himself, Tiesto. His latest release on Perceptive recordings,»The World to Come«, a collaboration with fans favorite Andy Blueman, generated quite a buzz at the scene, with the whole release charting into Beatport Trance Top 100 and being played by almost everyone. In summer 2009, Blaz participated in Eureka! Anthem Competition which was held at Slovenian electronic music festival in Koper, Disconautica 2009. His song, »Second Chance«, won him a midi controller from Roger Shah and turned quite a few ears his way. After hearing it, italian DJ and producer Amex offered to do a remix of it, which landed on legendary trance compilation »In Trance We Trust 014«, mixed by Daniel Wanrooy. Compilation was released in autumn 09 on In Trance We Trust label, which is a sub label of world- known Black Hole Records, owned by Tiestohimself. After the compilation, the »Second Chance EP« will be released shortly, featuring original song, Amex remix, Retrack'd remix and for the first time, a Recon6 remix, which is another of Blazs aliases, featuring more of an electro trance, neotrance, made with production techniques bordering on minimal techno. Shortly after that, Percpetive Records released a Recon6 remix of »Timo Pralle – Hopeful«. It was followed by "Easy Way Out" EP again on "In Trance We Trust", by far the most succesful Recon6 release to date, charting in Beatport "Must hear trance tracks" chart and climbing to 29th spot on Trance top 100 chart on Beatport. Not forsaking the spirit of »The World to Come«, Reconceal also made a remix for a fellow producer, also winner of Roger Shahs competition in Czech Republic, Electribe and his song »Trancemigration« and another uplifting remix for »Suncatcher feat. Aneym - Underneath My Skin«. In 2010, numerous remixes from Reconceal were released. A remix of Amex »One Step Behind« is was released on Shah music records, another remix for Angel Ace titled St. Thomas was released on Digital Society Records and very anticipated EP entitled “Supersensual” on saw the light of day on “Mondo Records”, presenting tunes Walk on the Beach, Supersensual and Wanderer. Reconceal also remixed fellow Slovenian superstar DJ and producer Reaky, his tune “Eskylator” got a Recon6 makeover and was released on legendary “Discover Dark Records”. In 2011, Reconceal took the opportunity and remixed a EMA (Eurosong representative selection show) contestant and pop singer Nina Puslar. His summer- ish house/trance remix proved to be hugely popular with the crowds. In 2009, Reconceal firmly established in Slovenia as a trance DJ second only to Elyksir and is extending his cooperation with Eureka! Music in 2010 as a resident DJ. Having played with the Preach, Martin Roth, Lange, M.I.K.E. , Tab of Super 8 & Tab fame, Greg Downey, Dash Berlin and Simon Patterson, Kyau & Albert, W&W and Jorn Van Deynhoven, he is looking forward for more great gigs, and is, in the near future perhaps, even setting his eyes towards the clubs of broader region and beyond.