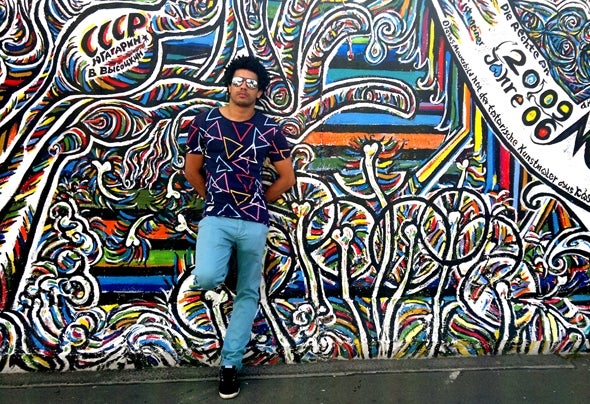 At 28 and with a career spanning 12 years, there is not much Leeds based DJ & Love Not Money Records owner Luke Pompey hasn't already achieved. He graced the decks at Ibizan super club Cream Amnesia at just 18 years old then 2 years later supported Tiesto when Galaxy FM invited him to play Privilege. He's played to crowds in excess of 10,000+ alongside the biggest names in the industry, had his productions supported by the likes of Carl Cox, Jamie Jones, Erick Morillo, and Pete Tong, with Radio 1 featuring both his remixes of Dennis Ferrer's "Hey Hey" and Real Nice & Cubiq's 'Had Enough' on the Radio 1 essential selection and his track 'Crowd Control' making it's way onto Jaymo & Andy George's Essential Mix earlier this year.Residing in Leeds, home to the UK's most vibrant clubbing scenes, he has for the past 3 years held his main residency at one of the worlds most respected night clubs; Mint Club, a position that's offered him some amazing opportunities, playing back2back with both The Martinez Brothers & Style of Eye and touring the brand Filth at Festivals such as Glade, Glastonbury, Creamfields and Secret Garden Party. Mint have since launched a new in house Saturday Prism which see's Luke back at the club on a regular basis along side guest set's across the UK and Europe.As owner of 'Love Not Money Records', in a short space of time he's turned the label in to one of the worlds most talked about new music outputs. Since launching late 2011 the label has already found it's feet among the dance elite. Releasing over 100 tracks alone last year, across 22 releases with plays worldwide on BBC Radio 1, Capital FM and Ibiza Global Radio. Racking up 10 Beatport top 100's, 1 Nu-Disco No.2 and gaining the support from the worlds best DJ's along the way.