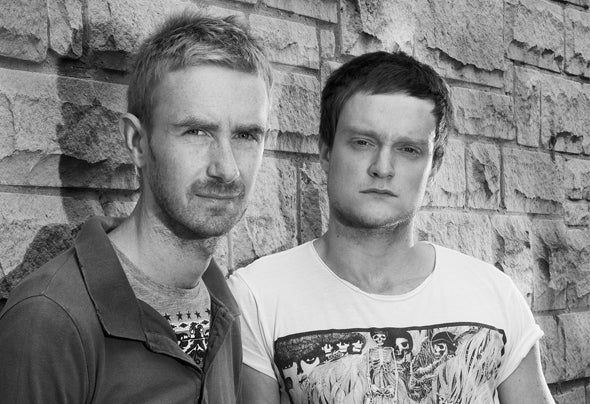 ‘These boys work hard, play harder!’ Seen Magazine. ‘Organic DJs are by far one of THE most exciting acts to watch out for in 2010’ Sonny Wharton ‘Organic DJs sound is so groovy, perfect for the club’ David Tort In an industry that is saturated with talent it takes something that little bit special to step out from the crowd. Tipped as ones to watch in 2011 by Sonny Wharton, Organic DJs have received international recognition with releases on Influential House (UK), RiseUp Records (Israel), Deepsound Recordings (Canada) and home label Whartone Records (UK). In the last 12 months alone, the UK based house duo have featured in events in Ireland, Sweden, Ibiza as well as keeping up appearances at their UK residencies. It is a combination of hard work and determination that has pushed Organic DJs forward, not to mention an underlying talent to rock a crowd. Gaining their initial recognition at UK superclub Godskitchen, Organic DJs went on to feature regularly at clubbing institutes such as Gatecrasher, Passion and taking their 4 CDJ and 2 Mixer show to festival audiences performing at the Workhouse Festival (Wales) and The Wickerman Festival (Scotland) supporting the likes of X-Press2 and Hot Chip. In the studio, Organic DJs made an immediate impact with their debut release 'The Oboe' on Whartone Records. The tracks received huge support from Judge Jules, Kim Fai, Martin Roth and Riley & Durrant. This put the guys sound in high demand and they were quickly snapped up by labels Deepsound Records and Influential House to remix for their artists Re:Hab and Angel Stoxx. If 2010 is anything to go by, then 2011 is set to be a defining year for Organic DJs. Their latest release '‘Amongst It EP' [Whartone Records] was released in March 2011 and entered the Beatport Whartone Chart at Number 5 within 24 hours. Other remixes include tracks for Martin Roth, Jerome Isma-Ae, JunkDNA, Nathan C, Danny Dove, Sonny Wharton and their remix of Mark Knight & Funkagenda’s ‘Antidote’ was the most downloaded track in the RiseUp Records Chart. Stepping outside the realms of dance music, Organic DJs were also approached to put their signature sound to UK rock band Stolen Peace, where they are currently working to complete remixes for the bands forthcoming album.