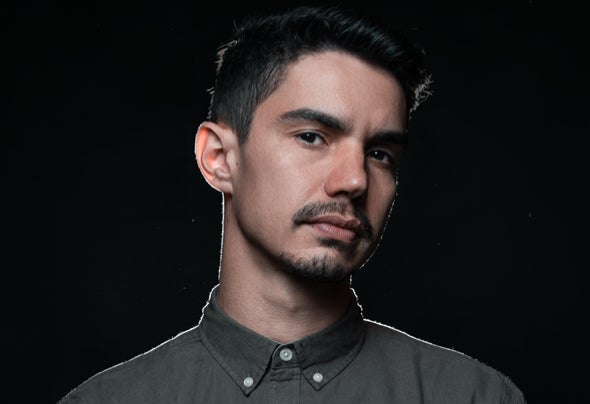 Nineteen Sines is a new artist exponent of his country. Brazilian, began to produce in 2006 and after a few years already solidified and mature with its sound identity, can create and transcend their expressions and feelings in Techno. In 2015 he had contact with the Underground and Techno scene of his country and with some productions already made began his releases, stood out with his remix to Monica Salmaso (unofficial) for the song called "TEMPO DE AMOR", as well as his remix for TOTEM by Gabriel Moraes, where he had great support for Richie Hawtin Township Rebellion and other big names. His entry on Dear Deer Records was so satisfying that months later he had his first EP PHOENIX with 3 tracks, where he had other big supporters and reached the stops of the Beatport Hype Techno Tracks. Another great release already in 2019 with support from Richie Hawtin, Ilario Alicante, Paco Osuna, Spartaque, Sander Van Doorn and other big names was his EP Psychofuture by the German Label Chromium Music containing 3 tracks. His first Argentine Tour passing through 2 great clubs was memorable where he gained even more admiration and respect for the public. Nineteen Sines is surely a complete artist with hot, acidic, energetic productions and is reaching more and more fans around the world.