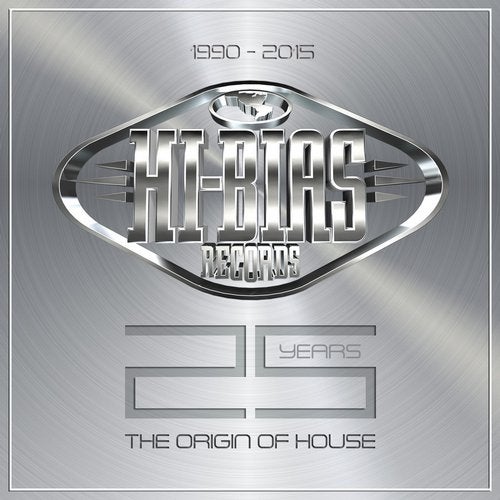 For an independent label to survive twenty-five years in the volatile world of the music industry is an impressive feat. But Hi-Bias hasnt just survived, it has thrived. And that is an achievement worthy of serious celebration. The founder Nick Fioruccis background as an internationally-renowned club DJ stood him in good stead as a dance music label head. He first started as a DJ in Toronto at 17, lying about his age to get club gigs. One of these was at Affairs, a dance music institution in the late 80s. The seeds of Hi-Bias were sown when Fiorucci befriended another DJ there, Michael Ova. In 1988 Nick created his first record label, the now legendary Bigshot Records. After some internal label issues, Fiorucci folded Bigshot and teamed up with fellow DJ Michael Ova to launch Hi-Bias. The label was an instant smash. Their debut release was the single Get Into The Music by DJS Rule. It became an immediate hit, reaching #1 on London, Englands radio station KISS-FM, charting internationally and getting licensed extensively overseas. DJs Rule was actually the duo of Michael and Nick. Intriguingly, they helped boost the career of future R&B singing star, Deborah Cox, by using her as front-person for a DJs Rule U.K. club tour. The original motto of Hi-Bias was The DJs Label. This mandate brought the fledgling label instant recognition and credibility upon its launch in 1990. We started as a DJ label, primarily selling vinyl, recalls Nick. DJs would buy our titles from specialty dance music shops, and that would create a buzz about our tracks. We exported a lot as well, and that created interest from third party labels overseas, resulting in licensing of our masters. Throughout the 90s, the European export market (especially the U.K.) provided the bulk of Hi-Bias business. Hi-Bias 12-inch vinyl singles ended up in DJ specialty shops all over Europe, with many DJs there collecting every Hi-Bias release. One incident illustrates Hi-Bias popularity on the hip London dance music scene of the early 90s. I visited the famous Camden Market with our U.K. rep and was amazed to see a vendor with a Hi-Bias stand. It was full of Hi-Bias merchandise: caps, T-shirts, shorts, even key chains. The Hi-Bias logo had become so popular, people were bootlegging it. I thought it was flattering, so I didnt think of suing them (Nick chuckles)! In 1999 the labels driving force, Nick Fiorucci, was inducted into the Canadian Dance Hall of Fame. The Hall, dedicated to the pioneers and builders of Canadian music, recognized Hi-Bias as Canadas most successful dance indie label. Now celebrating its 25th year anniversary, Hi-Bias continues to stay relevant in an industry notorious for short-lived successes. The release of Hi-Bias 25 Years - The Origin of House collection features 25 hand-picked label gems spanning the labels history including 2 exclusive new previously unreleased singles showcasing the labels fusion of passion, commitment to quality and innovation which is sure to see Hi-Bias remain a vital and valuable force for many more years to come.

HI-BIAS 25 YEARS - The Origin Of House