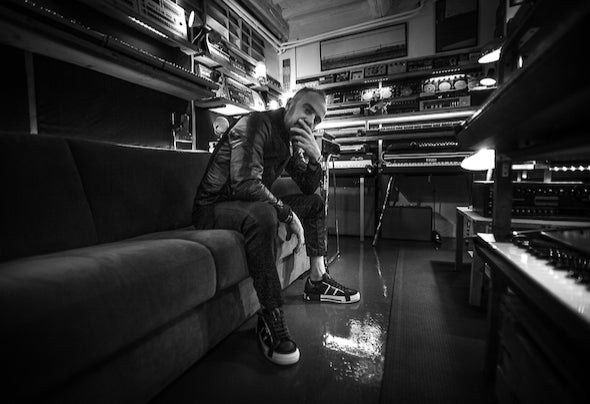 Massimo Logli approaches music at the age of 12 picking up a musicassette on the street. His parents buy him a player with difficulty and Massimo discovers that the cassette contains "Saturday Night Fever". From there the journey begins and as a listener of various musical genres, at the age of 50 after been a succesfull manager for more than 30 years he starts the adventure as DJ. The first private parties then the first summer club, the Faruk in Marina di Pietrasanta, where he performs under the stage name DJ The Cave. What makes Massimo so special is the sound he make...from the beginning of 2021 he went to the top studio House of Glass and with Gianni Bini he develop his sound to reach the excellence in terms of quality and music. From... his sound is a mixture of many influences that come from the 70ies to our days, from early funk to new wave across even rock and soul.... Massimo returns to talk about himself .. in 2021/22 he is one of the most prolific DJ producers in electronic music, Melodic Deep House and Techno Progressive, Organic House and Indie Dance! He produces an album on his label "SUPERBA" which collects a fair international movement is supported by several renowned colleagues DJs and played in the UK, Mexico and Costa Rica. He also comes out with his new EPs on Labels such as Freegant Music (UK), Eleatics Records, Blackboard Recordings .. His commino continues performing in his Tuscany and Sardinia, Italy. This year for the first time he has also appeared in Ibiza, where he will return soon. She titled her new Single "Akasha" soon on "Superba" Records. He define each track like a dress tailored suit from the best fashion designer...!