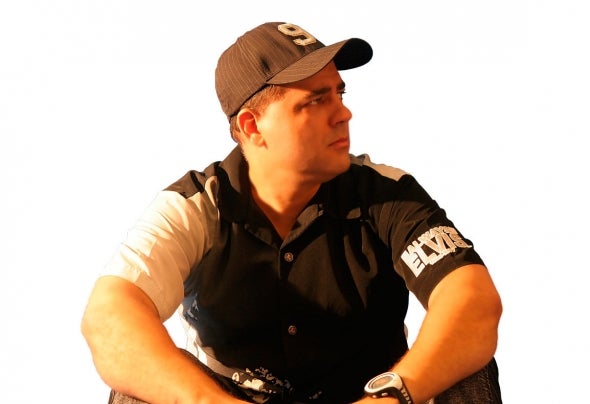 Robson started making parties for friends by the age of 13 until Paulo Lima (owner of Turbo Disco Club) invited him to be in charge of carrying speakers and lighting. He watched Robson as he discovered his passion for being a DJ on the dance floors and as he showed his interest in that, being the first one to give him an opportunity as a DJ in the famous and respected, until today, Turbo Disco Club (at the Clubs Atlas and Mackenzie in Méier – RJ). Later then, Paulo also gave him the opportunity to start working at radio stations, leading a night program called “Saturday Party” in the station Tropical FM 104,5. From this day on many doors were opened e he was invited to work at the Manhattan Disco – one of the most famous dance clubs in Rio back then. Always with his cap on, DJ Robson Vidal is known as one of the biggest names in the “carioca” night and got famous for being the first DJ in a dance music program with Adrenalina at the Transamérica (RJ) radio station, which was the highest-rated station at the time. He also has worked in well know stations such as Tropical FM, Manchete FM and Jovem Pan FM, all in Rio de Janeiro. Robson stood out as a musical producer and songwriter of successful jingles like the tv show Planeta Xuxa’s opening, called “Giro do Planeta”, the only opening to become a hit on dance floors around the country. For 4 years he had the opportunity to work as a DJ in one of the most famous and top-rated tv shows at Rede Globo company beside the Brazilian queen Xuxa, Planeta Xuxa. He has produced many successful remixes, standing out with Roxette’s “Milk, Toast and Honey”, the one Brazilian remix to get approval from the band. Furthermore, he produces diverse musical styles at his home studio. Vidal was responsible for creating the unique musical style named “Teknobeat”, which exploded in Brazil and also internationally through Teknobeat Radio Hit – an online radio station specialized in that style. He also invited the American singer Marcus Marshall to take part in his track “Here I Go”, which popped up at main New York clubs and his most recent work was the track “Missing You” along with DJs Blondish, a Canada duo, which has been distributed by Hibias. His sets are filled with successes, news and exclusive content whether in Electronic Music, EDM or Teknobeat, performing at parties, shows and night clubs in and out of the Country.