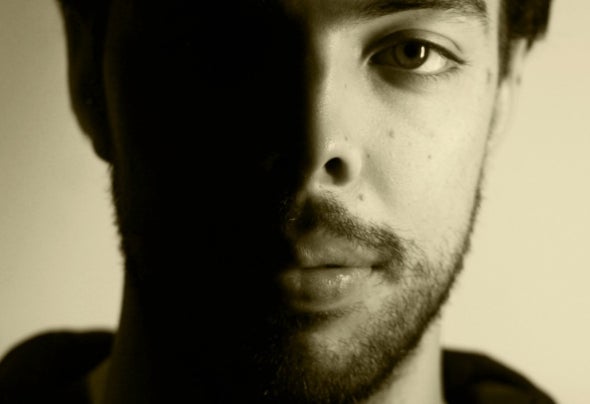 Merlo is multi-cultural artist, music became part of his life in mid 90 ́s with a boom of music genres & exciting new ways to access & reproduce sound. Merlo Started Drumming with some of the members from what should become the band Terrakota.Merlo was a Art Student at the time and by the late 90 ́s Electronic music was blossoming, on a daily basis he had access to avid music collectors library ́s from several genres of music that exploited his curiosity to what was to come his interest to collect music himself & give his first steps has a Dj.In 2004 after moving to London he bought his first vinyl decks & started playing house & electro in private partys. Audio engineering was introduced to him by the movie sound editor/designer Eilam Hoffman, in 2006 thatled to him to study & giving is first steps in mixing & composition. In the mean time Merlo has hit the charts often & has gained support from artists like: John Digweed, Wehbba,Kasey Taylor, Manuel Sofia, Kassey Voorn, Marco Carola, Jamie Stevens, Roger Sanchez, Slam, Chloe Harris , Groove Armada, Ken Ishii, Anderson Noise, Derrick May, Funkagenda, The Advent, D-Nox,Seismal D, Marco Bailey, Dub-Fire, Paco Osuna, Ibiza Global Radio, Proton Radio, Ibiza Sonica... At the moment Merlo is the Co-Owner of Techsoul Records & he is producing music actively, and working with many other established artists! You can find his releases in labels such has: Vapour///T echsoul///Evapour8///Lokik///Deepclass///Soulman... among others!