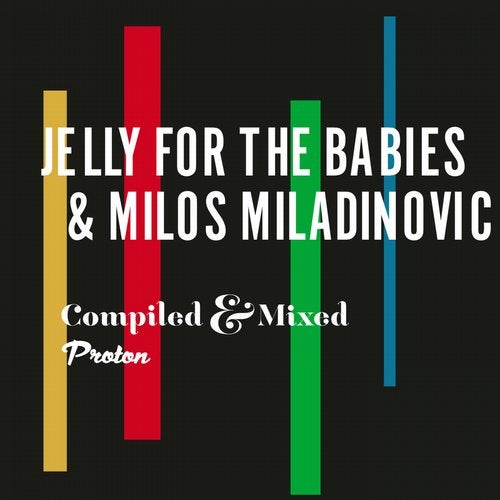 A vital cog in the Proton machinery, the "Compiled and Mixed" series continues to delight with its impressive array of talent that showcases some of the very best music behind the producers and labels within the Proton roster.

Now, Serbian producer and prolific artist, Jelly For The Babies, takes up the mantle for 2016 with an exquisite selection of tracks, blended effortlessly together, highlighting some of the finest modern talent. Axon favourites Scotty.A and Anthony Yarranton open proceedings with their deep and tech house flavours before Jonas Saalbach makes his presence felt alongside Ellroy. Balkan Connection South America supremo, Nicholas Van Orton and fellow countryman, Mike Griego continue apace while Marijan Raskovic's own Jelly For The Babies is presented through his own remix of Josel, originally for Suffused Music and Li-Polymer's remix of "Things Unspoken" for Particles. High-profile names including Silinder, Spacebeat and Navid Mehr make up a nineteen-track, two hour extravaganza.

Returning to the "Compiled and Mixed" roster after his impressive appearance alongside Ewan Rill, Milos Miladinovic hits his stride once again. Demonstrating his renowned prowess for impressive DJ sets with a stellar line-up of production talent in a seamlessly compiled, twenty-strong track selection, his mix includes such legends of the underground scene as Derek Howell, Jamie Stevens and Cid Inc. Lighting up the 120 minute journey with a live recorded mix, original and remix material from East Café blends effortlessly with Shingo Nakamura's remix of Howell's "One Way" for Proton Music as Sudbeat's Cristian R and Kasall vie with Kasey Voorn, Dmitry Molosh and Verve in delicious fashion.

Two new mixes from Jelly For The Babies and Milos Miladinovic show the "Compiled and Mixed" series is still very much at the top of its game in 2016.

Jelly For The Babies and Milos Miladinovic