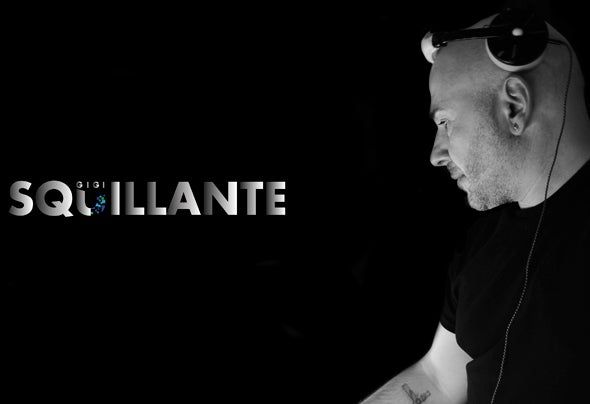 Dj & producer in association with NaetagoGigi Squillante was born and rised in a small town in the south of Italy.He's more than a dj. Gigi Squillante is dj,producer, art director,radio speaker,vj...He is a creative artist, always in search of new dimensions in order to transmit emotions. His sound has continuously evolved during his dj career. His career starts in 1983, among the long playing and the EPs of famous bands like Temptation, kool and gang, kc & sunshine band, and the magic voices of Donna Summer, Barry White, Stevie Wonder and Diana Ross. In the aftermath the house-music phenomenon explodes, and this is the most suitable dimension for a dj whose aim is to excite his audience and personalise his own dj-sets. Thanks to his eclectic vision of music his fame rises.In 1995 he joins the Match Music Television, a TV show about underground music and clubbing from all over the world, and just inside the space "The sound of the underground" he meets and interviews all the fathers of house music, later become italian and international top djs. In 30 years he plays in many italian and international clubs and as a dj producer realises tracks fo important labels like Sutune, The Dub and Bonzai Records.In 2006 he founds with his brother, the Dj and producer Naetago, the Anagogy Records, a progressive/techno/house indipendent label.For years he works in the "SOMUCH area" of the DOLCEVITA discotheque, set in Salerno and considered one of the top clubs in Europe.Here he shares his consolle with a lot of international top djs.Raised in the midst of the disco music and shaped in the house music explosion we can consider the "electricity of sound" as Gigi Squillante's mainstay.Gigi Squillante is a dj transverse to music and to himself.Every set has its own personality.