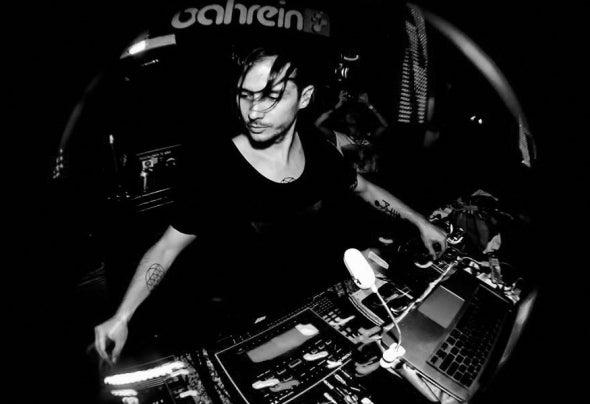 When Timo Maas and Loco Dice talk on behalf of an artist as a newcomer to watch, it’s the cue for the rest of dance music to stand up and take notice and this is the case of Gare Mat K. Gare Mat K has worked in the movement of electronic music for over a decade with several top DJ's and leading record labels including ZYX (Germany), Media Records (Italy), Baroque Limited (UK), Red Light District (Anthony Pappa's imprint), 19 Box (Japan), Hypnotzd Musik (Brazil) and his home-base Progrezo Records only to name a few. His music catalog includes over 30 releases in the past three years, second best dj in Heineken contest judges by Smoking Jo' and one of the best talents all over the country, becoming him in one of the 'on demand' artists within the sophisticated dance scene by a series of original and innovative remixes. Architect degree but musician soul, Gare Mat K drove the plane as commander-head since early days, gathering ideas to produce his first DJ appearing in his natal Bogota, followed by memorable underground parties he used to produce every month out of the police control as one of underground foundations in the city. Travelling constantly between Los Angeles, Virginia, Miami and Bogota, Gare Mat K is invited in 2006 to play alongside some of world top Djs in a series of parties run by Clubland – Argentina along with the Colombian most important promoter these days, bringing him the opportunity to share stage with a wide list of highlighted names including exclusive warm up parties with hand claps from John Digweed and Danny Howells, to Sasha, BT, Stelios Vassiloudis, Danny Rampling, Sander Kleinenberg, Da Hool, Hatiras, Pole Folder and Hernan Cattaneo only to name a few.