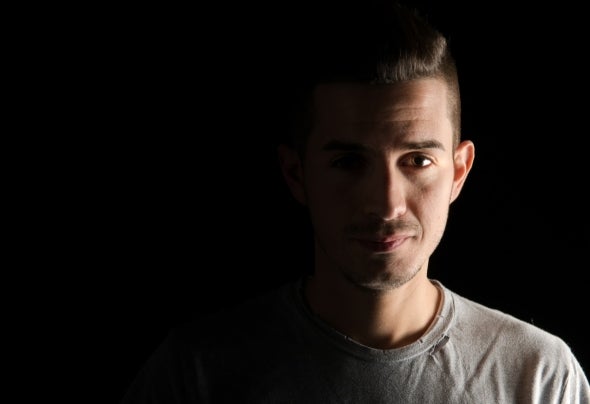 Marco Misuraca (aka Misoo) was born in 1986 in Varese. He is fascinated by electronic music since he was a child.At the beginning he approached the Italian nightlife and subsequently the international one. He was passionate so much about the music that was no longer enough to hear it, but he wanted to play.Firstly, he played with makeshift means and then he bought the first console. Marco searched the sound that interested him more and so he started to play. His first sets were characterized by different shades, he proposed an undulating musical style from minimal to tech-house, he touched sounds more essential to reach the bad techno. Secondly, Marco began to experiment and produce tracks, he started to propose several EPs on many labels, including System Failure that was supported by worldwide DJs like the great Richie Hawtin who backed his track Game Over, playing it in several events including the Time Warp Mannheim 2011!As time passes, Marco was finally able to find a style that mainly reflected his personality, more and more near to techno. His tracks began to develop in a way completely different from the initial one, reaching hypnotic melodies and very cold and bad rhythms. He is inspired by artists like Markantonio, Rino Cerrone, Richie Hawtin, Joseph Capriati, Len Faki, Adam Beyer, Chris Liebing, Speedy J, Sasha Carassi, Luigi Madonna, Alex Bau, Monoloc, Alan Fitzpatrick, Alexi Delano, Hans Bouffmyhre and Gary Beck.Nowadays, Marco is able to attract the attention of several renowned DJs with his new sounds, signing very important releases with Lost Demo directed by Alex Bau, where his EP Insomnia had a prominent reference, especially the Go Back track that was played by the boss of the Neapolitan techno Markantonio. He had other important releases with the Portuguese Dj and Producer A. Paul, signing a first EP on Parallel 125 One Way and two different tracks on Naked Lunch Structures 24 and 30 with Junction and Panic Room respectively.