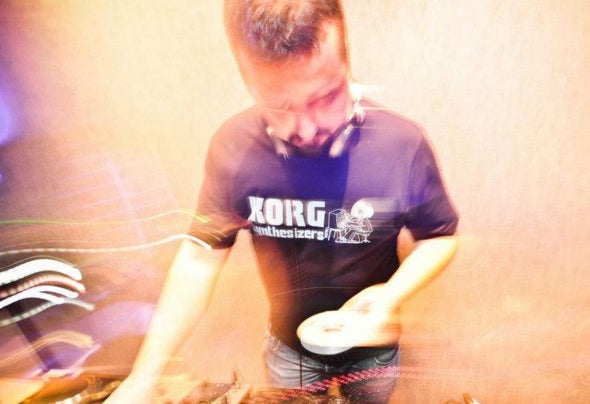 Kosmas Epsilon, born in the small town of Xanthi, in Greece, is considered to be one of the most talented & upcoming producers of the last years. After having his remix of FC Kahuna's “Hayling” top-charted by James Holden and included in his Balance 005 compilation, things turned out being a lot easier for Kosmas to showcase his productions and Djing skills. His tracks have gained great support and are being played by renowned Dj’s such as Sasha (earlier this year he claimed to be one of his biggest fans!), John Digweed, Nick Warren, Dave Seaman, James Holden, Hernan Cattaneo, Desyn Masiello, Pete Tong & even Tiesto to name but a few...2004 saw him winning the title of the best new Greek Dj, which also quite increased the number of gigs where he has been asked to play. He plays as well in almost every city of Greece and a usual suspect in the greatest dj booths of Mexico, Argentina, Brazil, Colombia, Peru, Uruguay, Belgium, Japan, Indonesia, Turkey, Netherlands, Romania, Bulgaria, Portugal, Cyprus, Hungary, Spain, Australia & more.. It was until 2006, that he started his own radio show on Proton Radio, one of the best internet-based radio stations, representing electronic music at its finest. His show 'Personal' is aired every 3rd Wednesday of the month 'On Demand', including 3 full hours of music, one by himself and two more from djs & producers that he admires & respects. Guests have been Dave Seaman, Desyn Masiello, Demi, King Unique, Elias Tzikas & many many more. In the summer of 2006, Kosmas has also released his first mix compilation for the legendary Platipus Records, alongside Luke Chable. The cd got some great reviews by the media worldwide, and from the fellow bigname djs also.