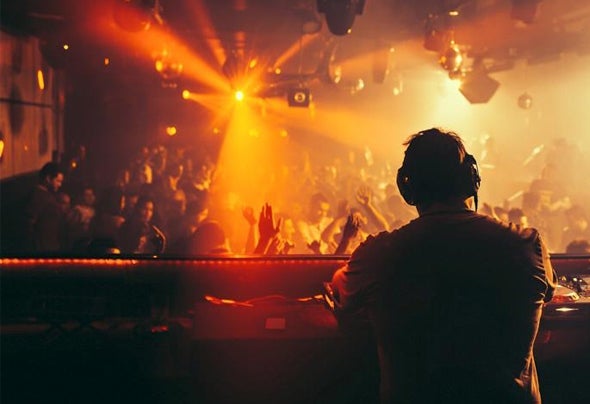 A genuine staple in LA, Freddy Be has been delivering great music and first-rate events on the west coast since the early 90’s. From the creation of Monday Social (North America's longest running weekly house night) 20 years ago, to his awe-inspiring Earthdance Festivals (’97-03), his tireless efforts have been instrumental in defining the progress of Southern California's dance music culture. Freddy Be is a cornerstone for the global dance scene and continues to pioneer in the ever-evolving architecture of dance music.His exceptional track selection and expertly paced sets have allowed him to land residencies at Exchange LA, Audio SF, and Sound Nightclub as well as tour through cities across the US and major festivals including Coachella, Desert Hearts, BPM, and Minus Zero. No matter which dance music heavyweights he is sharing the stage with (Sasha, Hot Since 82, Marco Corola, Green Velvet, Danny Tenaglia, Dubfire, Nic Fanciulli), Freddy's sets stand on their own with a fresh approach and stylistic identity.After studio collaborations with Savi Leon, Freaky Chakra, Trent Cantrelle, and Davi, 2017 is shaping up to be another solid year with releases on Under No Illusion, New Violence Records and Perspectives Digital (including remixes by Joeski, Doc Martin, Ki Creighton, Betoko, Makanan and Soul Trader). These productions have been supported by the likes of Sasha, Dennis Ferrer, Joris Voorn, Technasia, Groove Armada, Carl Cox, OC & Verde, Hernan Cattaneo, James Zabiela, Sander Kleinenberg, Quivver and John Digweed. A true master technician, Freddy Be’s unwavering passion to remain true to his roots has kept the lost art of the DJ very much alive. Even in the face of the lure of today’s celebrity global DJ and the ever changing landscape of dance music, Freddy is a force to be reckoned with, making him one of the most viable and relevant DJ’s within the Los Angeles club culture.