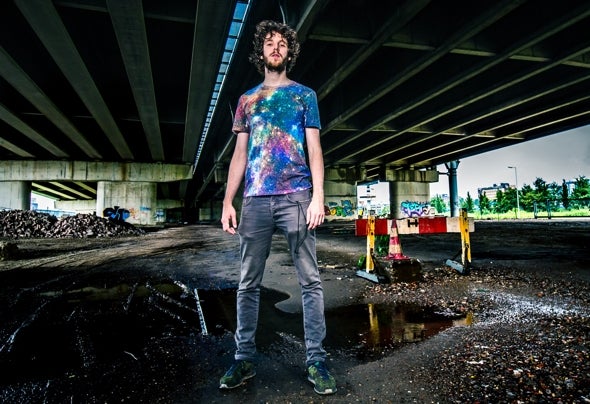 Willem a.k.a. ‘De Kraken’ started in the 90’s as a little boy with a stereo, which had afat equalizer, he was always busy with those knobs and freaking frequencies. With his dad singing in a classic choir and his mom just a good dancer he had not a big musical family, but enough influence to gain his interest for music. With his first turn table without a pitch he puts himself to sleep every night with artists like The Doors and Deep Purple.When he grew older the love for vinyl and music took a sideway into the electronic corner, house music was upcoming and he bought his first belt-driven turntables. Those which speed up 25BPM after you touched them. Where he grew up there was nothing to do for young dj’s and in the big city only the big boys had a spot behind the decks. Without knowing somebody in the scene he had to be creative and organised his own party’s with friends in his little town, made mixtapes and sold them and got known in his area.Music became his therapy to get over his 20’s where he had his darkest times so far. It became the only place where time and space did not matter. The production virus took over and he started focussing on developing himself in making music of his own instead of only use others. After 2 years of experimenting he signed his first release in 2016. On his journey of soul-searching and developing he got influenced by many styles of music, but hé who does not. Where it will end nobody knows, time will tell if 'De Kraken' is a myth after all.