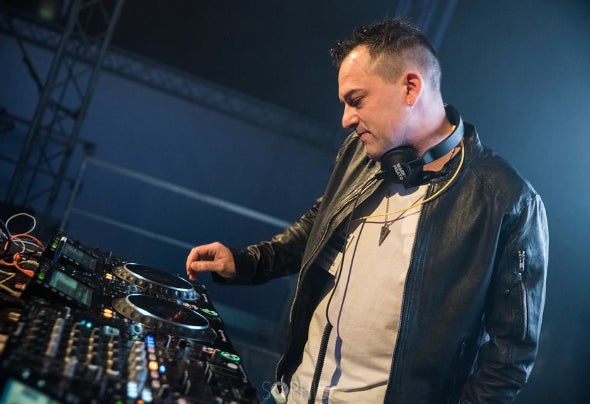 Mark Pigato (Borgomanero, April 24, 1975), aka Marco Pigato, is an Italian disc jockey and record producer. BIOGRAPHY Mark Pigato was born artistically in 1990 at the age of 15 where he began working in some discos in Piedmont. In 1992 and for the 3 years later he participates in a regional DJ competition, Only For Dj, thanks to it the tour of the premises where he works as a Free Lance increases and then begins to work in well-known discos including Il Faro di Brusnengo, the Mithos Club of Momo, the GlobeTrotter Cafè of Gattinara, the Cave of Serravalle Sesia ....... also landing in local and national radios and working as supporters for world-famous DJs such as Franco Moiraghi, Roberto Corinaldesi, Joe T Vannelli, Stefano Fontana, Paolo Bardelli, Don Carlos .... For 18 years he has been resident DJ at the Phenomenon Club in Novara where he opens the concerts of world-famous DJs including Steve Aoki, Joe T Vannelli, Claudio Coccoluto, Dj Antoine, Don Diablo, Fargetta, Molella, Dj Ross, Marco Mazzoli, Boy George , Giorgio Prezioso, Datura, Gabry Ponte, Gigi D'Ag, Mauro Miclini, Dj Tigerlily, Solomun .... Since 2016 he throws himself on House productions and, thanks to Mone Music Records, climbs the peaks of world rankings such as Beatport and Trackitdown.