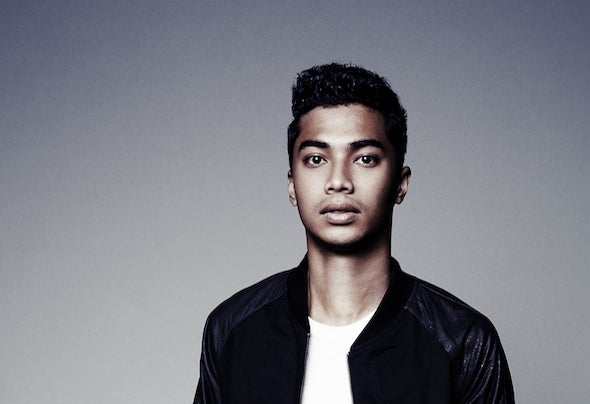 Michael Brun spent his childhood on the sun-drenched Caribbean island of Haiti. Born to a Haitian father and Guyanese mother who loved music, Brun’s influences stretched from the percussion-heavy Rara and Afro-groove music of his native Haiti, to disco and synth pop. He played guitar and piano from a young age, and took up DJing and EDM production as a hobby at 16, after winning a full scholarship to attend military school in the US, then going on to study Pre-Med at Davidson College. After five years of hard work and experimentation, 21 year-old Michael Brun has become one of dance music’s most well regarded rising stars. His releases on Phazing Records garnered critical acclaim in 2012, with 'Rise', 'Burn Forever' and 'Synergy' all charting in the Beatport Progressive top 15, while 'Rift', his collaboration with label head and mentor Dirty South, sat in the top 3 Beatport overall charts for almost 2 weeks. 2013 proved to be Brun’s breakout year, with official remixes for Tiesto, Calvin Harris and Alicia Keys, as well as Armin Van Buuren. His solo EP for Phazing ‘Gravity’ reached no.2 in Beatport chart, beaten only to the top spot by Avicii. Gigs at TomorrowWorld, headlining shows at Pacha, Marquee, Wall, Liv and many others, plus support from the likes of Billboard, Mixmag, DJ Mag and Rolling Stone, cemented Brun’s position as a breakout talent. 2014 saw Brun kick things into overdrive with a mainstage performance at Miami’s Ultra Music Festival, followed by a closing set on Coachella’s famed Sahara tent, sharing those duties with Skrillex and Duck Sauce. In July Brun started his own label, Kid Coconut, launching with his acclaimed track ‘Zenith’. A chance to showcase the diverse range of his musical influences from Haitian rhythms to deeper club cuts, and provide a platform for his peers in the industry, Kid Coconut ushers in the next leg of Brun’s incredible journey.