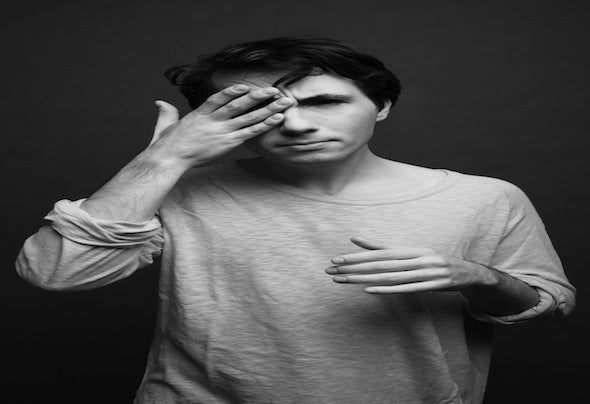 Madato (live) Items & Things Sometimes misunderstood, often facetious but usually shy, Madato is a rebel to conformity. Like his guru David Lynch, his work is whole-heartedly characterized by twisted visions and surreal dreams. Growing up in Naples, Italy, Andrea D'Amato was always drawn to his older brother’s DJ techniques, two decks and a massive record collection. He followed suit and began a music career as a DJ at the tender age of 14 and his first introduction to a musical instrument was stimulated by dreams of being a folk musician on one hand and a classic Spanish guitar (still used in his current productions) on the other.In 2009 Magda included Madato’s The Night's Rumours in the mix for the Fabric 49 compilation, but his history with the Item & Things founding trio actually began earlier in 2008 after being inspired by Troy Pierce’s set at a party in Ibiza. With great ambition, Madato flew back to his hometown and began cranking out tracks for the trio in a similar style, subsequently leading to an Items & Things album titled "Speak Of The She Devel" in April 2011. Debuting in Watergate alongside Magda, Chloé, Marc Houle, Troy Pierce and Jimmy Edgar in April 2011 confirmed his extensive producing background. Since then he’s been making a name for himself in various clubs throughout Europe.Madato’s secret weapon is a personal kit of self-constructed sounds and transformations while his main philosophy is not about making tracks, but rather creating songs from stories taken from his diary of dreams. With a knack for originality and a fearless attitude towards experimentation, this breakthrough artist is a hot item for cutting-edge genres and new markets.As one of the youngest artists on the roster, Madato brings an open mind and a fresh insight to the label.Listen here: http://soundcloud.com/itemsandthings/madato-live http://itemsandthings.com http://soundcloud.com/madato http://www.residentadvisor.net/dj/madato http://www.discogs.com/artist/madato http://www.facebook.com/madatomusic http://gigs.gigatools.com/user/Amadato Artists & Things BookingMarysia Pawlik | AgentEmail: marysia@artistsandthings.comPhone: +44 7976 435 376General Contact: Items & ThingsFranziska Eichler | Label ManagerEmail: franzie@itemsandthings.comPhone: +49 170 236 00 20