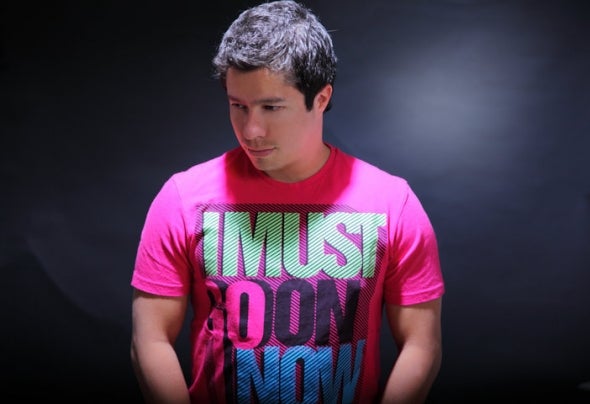 CARLOS BELATTI /Dream Beat (Dj & Producer) At the age of eighteen he started his career as a Dj in private events, becoming himself a lover of electronic music at a short age. In 1997 he participated in the radio program named TECHNOPLEX, transmitted in 105.7 FM, with Mauricio Rojas Dj Klang and Lizbeth Ajuria. It can be said that Carlos name has been made up with touches of imagination. By this time, he has shared scenario with international personalities such as: PAUL VAN DYK, NICK WARREN, JIMMY VAN MALLEGHAN, DAVID ALVARADO, SATOSHIE TOMIIE, ANTHONY PAPPA, DEEP DISH, LEE BURRIDGE, RANDALL JONES, GREEN VELVET, CHRIS FORTIER, MAX GRAHAM, JAMES HOLDEN, SASHA, SAEED & PALASH, LUKE CHABLE, SANDRA COLLINS, POLE FOLDER, PEACE DIVISIÓN, ANDY MOOR & LEAMA, M.A.N.D.Y., DOC MARTIN, SEB FONTAINE, INFUSION, HERNAN CATTANEO, DAVE SEAMAN, SLACKER, MAZI, LUCIANO, SECOND SUN. He has also gone out of town to present his set at different places of Mexico and some cities of South America and Europe; full of passion by PROGRESSIVE HOUSE, ELECTRO HOUSE and MINIMAL, combining his music with DEEP TRANCE and TECHOUSE. In Carlos’ talent and short age as well, house and progressive critics are deposited. He knows how to trip a session into his own way, sometimes more trance and others more hypnotically. Carlos rules the gigs as anyone, taking techno and trance aspects as borrowed. Nowadays, Carlos is DJ resident and Booking Manager of the HOOKAH LOUNGE (best lounge on town), also Dj resident and business partner of CITY HALL club (considered as the best club of Mexico), and finally business partner of DREAM BEAT, one of the house events producers more well known. That’s why, plus other reasons, DJ CONCEPT magazine gave him some pages at august 2005 edition, in one national profile. By the moment, he is producing events in and out of the city, participating at the same time in the development and growth of electronic music of the country. Winner of the Dj prize revelation of year 2006, granted in the delivery of prizes DJ..S & CLUBING AWARDS (II) in February of the 2007. Winner of the best DJ Progressive of the year 2007,granted in the expo dj world.