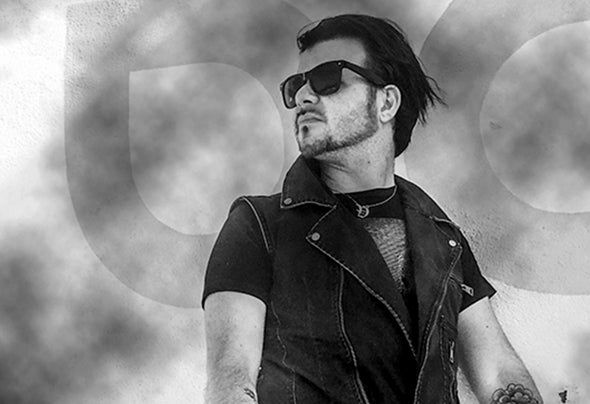 Zeit/Bypass is a Techno project founded by Vittorio Veneziano in 2016 in London when he came in contact with the local underground scene and he fell straight in love for the groove and the sound created on the dance floor. His past seems far from electronic music, he’s been guitarist through different metal/rock band where he had few releases and also he worked as Copyist Assistant for different broadcast production in contact with Orchestras which grew in him deep interest for Musical/Movie Scoring and started experiencing synthesis and beat programming.First Ep “Meta” came up in collaboration with J Cali and been released on the Indie Label “Klangspectrum Rec” from Germany. His podcast on Mixcloud is present as “Tcno Sprk” which consist of live dj set with the best selection of the moment followings his taste. Moved to Malta in the last Summer he got into the island underground growing contacts and friendship with the local promoters also joined Technodisiakum Rec by Lara Jacobs as artist and he released his second Ep “Synthetic CTRL” getting support from big artist as Joseph Capriati,Paco Osuna and Slam.His musical style reflects his eclectic influences from the 70’ Prog/Krautrock (Pink Floyd,Tangerine Dream,Magma,Kraftwerk,) to the 80’s Electronics passing from modern producer/composer (Recondite,Tale of Us,Mind Against,Hans Zimmer,Trent Reznor). The concept of combining sounds and atmosphere from different musical backgrounds aims to create a deep experience for the listener leaded by Techno grooves and sounds.