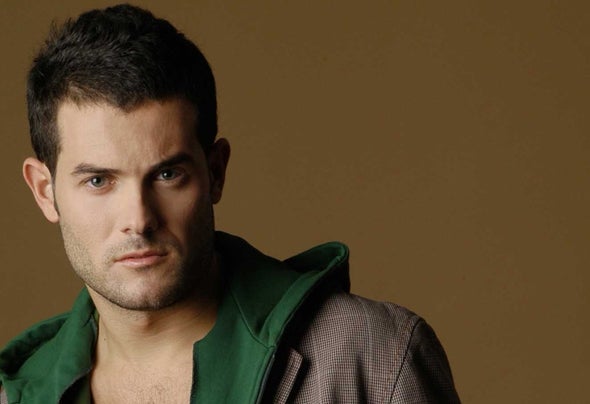 Luca Ricci The talented up and coming Italian DJ/Producer, was born and raised on a small island named Ischia in the Gulf of Naples.His taste and unique style which he translates into his records, has captured the attention of some of the world’s best DJs, such as: Danny Tenaglia , Carl Cox ,Deep Dish,Paul Van Dyk,Steve Lawler, Hernan Cattaneo, Sasha & John Digweed, Boy George, Satoshi Tomiie,Victor Calderone ,Dj Vibe and many others...When asked to explain his favourite type of music, Luca responds, ‘Any music that gives me emotions and feelings.....for me, music is an art-form.In addition to producing under his name, Luca has also released works under different project names: When is dark, Aenaria, Vibe junction, Eugenie, Vesdino and Against the grain on Labels such as :Sony,Universal,Edel,Renaissance,Bedrock,Stereo,Kaos ecc..Luca Has travelled all over the world to play at clubs like :Pacha & Crobar with Danny Tenaglia (New York),Rise (Boston),Circus (Montreal),Space (Singapore) and more in :Russia,Portugal,Brazil,Italy,France,Spain,Bulgaria,Swizerland ,Mexico,Columbia,Equador ,China,Arab Emirates and many more to come...Luca Ricci is a talent to be watched. His sound and style make him a favourite anywhere he plays. His music has taken clubbers on a voyage - connecting their minds to their bodies with the drum beats as their guideIn 2006 Luca Ricci launched his company Aenaria Recordings. Every artist knows how difficult it is to get someone to listen to their work when your name is not established yet. The main goal of Aenaria Recordings is to help new talent on their quest to get their work heard and establish that name for themselves. Luca travels all over the world as a dj and he knows there is a lot of talent out there, eagerly searching for an open door in the music industry. Aenaria Recordings aims to be a stepping stone for young talent and a positive outlet for people that share the same passion: music! Aenaria Recordings is divided into 4 different labels each with their own style: Aenaria Music, Aenaria Tribal, Aenaria Tech and Aenaria Chill. All releases of Aenaria Recordings will be ,distributed world wide and will be available on digital downloads at several platforms.