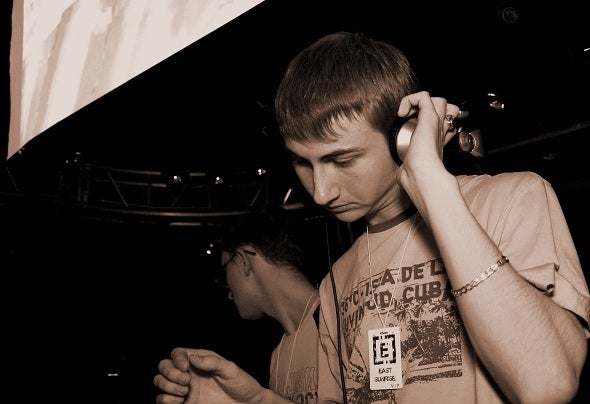 Vsevolod Datsko and Alexander Bablak (ака Sasha Sanders) begun their musical career separately at first, but in 2008 they have made a decision to create their common project which was called East Sunrise.Only for a year East Sunrise have reached considerable achievements. Their music is being released on a well-known labels, such as Proton Music and Baroque Records, and also is being supported by famous DJs and producers : Hernan Cattaneo, Lange, Mr. Sam, Ernesto vs Bastian, Ronski Speed, Andrelli and Blue, Funabashi, Maarten de Jong, Suzy Solar, Danjo, Lord Bass, Mango, Jerome Robins, Slang, Jonathan Martin, Sasha Le Monier, Dj Flash, 4Mal and manyothers.The main point of this project is their original sound based on a merging of progressive house and such styles as minimal techno and deep house.Besides, since October, 2009 there is a monthly radioshow on Proton Radio "Spring Tube Session" which is also broadcasted by East Sunrise. In these 2 hours, the new releases of their own label "Spring Tube" and also guest mixes from the most demanded progressive house DJs and producers are being represented.