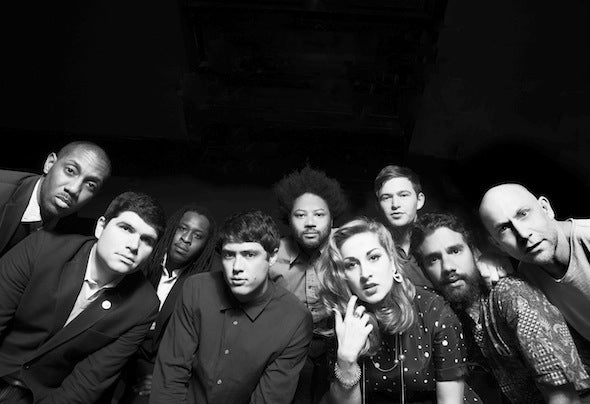 Midnight Magic is a cosmic disco ensemble with a desire to make you, the listener, and the rhythm, become one. Anchored by New York City underground dance music vets Morgan Wiley and W. Andrew Raposo, and powered by vocal temptress Tiffany Roth, the band’s size matches their larger than life sound, ranging anywhere from four to nine people. The singles “Beam Me Up” and “Drop Me a Line”, along with their star studded remix treatments, solidified Midnight Magic as an underground nightlife staple. 2012’s Walking the Midnight Streets marked the group’s full length debut; an expansive record that introduced fans to a wider variety of the band's abilities. After touring in support of Holy Ghost and Cut Copy, the band returns with Vicious Love. This EP marks a departure into the darker realms of dance music, and will be released on Soul Clap Records this September with Soul Clap, No Regular Play, and Dimitri from Paris providing remix treatment.