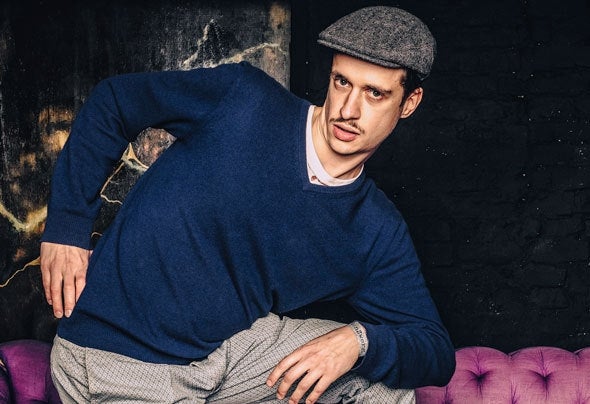 Etcha is a Dutch born/Berlin-based DJ and producer. As an emerging artist, he is at the forefront of a new wave of Berlin based musicians. Combining influences from different eras & styles and gaining an ‘underrated but in form’ reputation with his endeavours in Berlin’s nightlife. It was The Field’s ‘From Here on We Go Sublime’ and Lindstrøm’s ‘Where You Go I Go Too’ that the slid under his skin and got him interested in electronic music. His interests further intensified when he joined a bunch of crazy, enthusiastic and creative people that threw strange gatherings with weird people to celebrate life, music, dancing and love. Also known as the Dr. Seltsam collective. Where the basement days are deeply engrained into those who were there. These days you can hear him play anything that suits him and the moods of his audience. Propelling crowds into subtle bliss whilst keeping them on their toes with his diverse and sneaky track selection. His style ranges from the discoid to the technoid, with arpeggiator and wave-based music at its core. His efforts as a DJ have already been fruitful, regularly playing Sisyphos, Kater Blau and appearing at festivals like Melt! and Bucht der Träumer. Earning accolades along the way with Âme & Dixon granting him the winner of a podcast contest for their Muting the Noise platform. In the production department, he keeps on developing his musical identity. Providing releases for the Berlin based Voll Schön label and the Mexico based Duro. His tracks have been played out by the likes of Acid Pauli, Curses! and got picked up by the online magazine Deep House Amsterdam. Besides, he founded his own label, focusing on releasing original material that fits his Exoplanets label. The future will see original releases and new chapters being added to his ever-evolving journey into music.