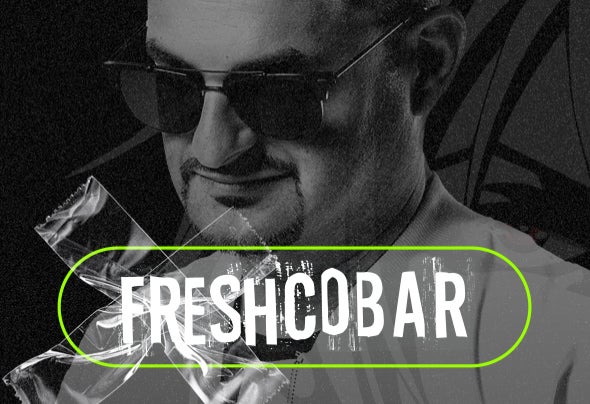 Acclaimed beat maker Freshcobar may have gotten his start in the sun-soaked cities of Southern California, but these days, it’s just as easy to find him at some of the hottest musical spots in the world. From the sandy shores of Ibiza to the neon nights of Miami’s Music Week, the enigmatic DJ continues to create and curate the very best in House and Tech House no matter where he plays. Whether pairing with frequent collaborator Lavelle Dupree or releasing solo tracks on Enormous Tunes, Sirup, Black Hole Recordings, Which Bottle? and SO GOOD, Freshcobar adds to his mystique by expertly synthesizing his love of all genres into notable house productions like “Just Shake Your Rump,” “The Beat Drop” and “Another Party” - as well as a treasure trove of uncompromising, house-heavy bootlegs and remixes.