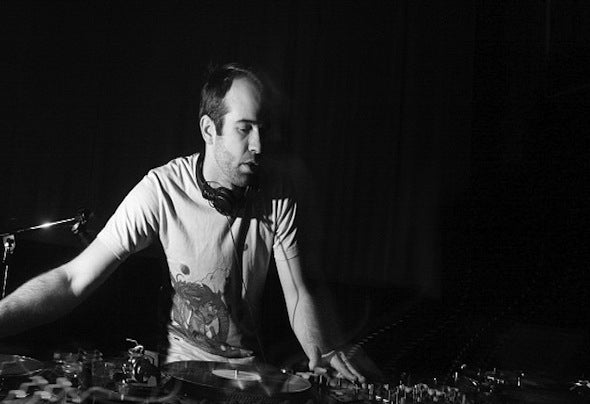 Englishman Matthew Styles is a special one. Firmly schooled in the history of dance music as a DJ, his productions usually carry a uniqueness that cannot be located in time and space. Matthew migrated to London around the turn of the millennium in order to further exhibit his already multiple years of turntable training. The move proved to be a pivotal moment in all that was to come. A pair of seemingly casual events - purchasing an Akai MPC and meeting the London Records’ A&R man Damian Lazarus through mutual friend Rob Mello - would in many ways shape much of his proceeding decade. in 2003 he was asked to take up a management role at his new venture, Crosstown Rebels. Matthew’s six-year stint at the helm of the world-renowned electronic music purveyors brought in acts like Pier Bucci, Minilogue and Ost & Kjex to the attention of the wider world, and while this often-aired association of course represents a key time period in Matthew’s music adventures. The middle of the ‘00s simultaneously acted as a honing and refinement period for Matthew “the DJ” and also, in a very different way, for Matthew “the producer”. While this former facet became a strongly established local and international presence, holding down residencies at Crosstown Rebels’ Slash & Burn parties, mixing the label’s Get Lost compilation, and going on to set-up the Dig Your Own Rave Sunday sessions alongside Dave Congreve at London’s T Bar, the latter was conversely crafting away quietly in the background, amassing studio gear and preparing to release a debut 12-inch as a solo artist. At the beginning of 2008 the seeds of Matthew’s production labour bore fruit. The claustrophobic Sources EP for Dinky’s Horizontal label introduced the club-going community to Matthew’s rejuvenated production acumen, and was quickly followed-up by the relentless funk of We Said Nothing for the Diamonds and Pearls imprint. The release proved to be something of a “smash” for the now Berlin-based Matthew, with Innervisions duo Âme using the EP’s title track as the centerpiece to their Fabric 42 mix, and, perhaps most pertinently, established Matthew as a dual DJ and production force in his new backyard. The move also garnered him fresh opportunities for collaboration, striking up partnerships with Tobi Neumann (the pair remixed the classic “Transformation” by Transform and opened the Cocoon Compilation I with “Extra Lunch”under their EMT guise), Pier Bucci (see the beautifully poised Volatile they produced as Oblique Strategies), and Ed Darling, who in concert as Worst Case Scenario emitted the 2009 sleeper hit “Hot Beef” through Matt Edwards’ Rekids imprint. Productions Despite the comparative fluidity of releases these past few years, you may be perusing Matthew’s discography and discover something quite striking: The list is short. And you know what? That’s just the way he likes it. There’s simply too much to be discovered in the depths of modular synthesis and at the back of dusty record bins for Matthew to be hastily releasing new records each and every month. So while he continues to straddle the last two decades of house music in some of the planet’s foremost nightspots at the weekends, you can usually find Matthew tinkering away on a drum machine or analog synth during the week, quietly outlining his next carefully considered musical expression.