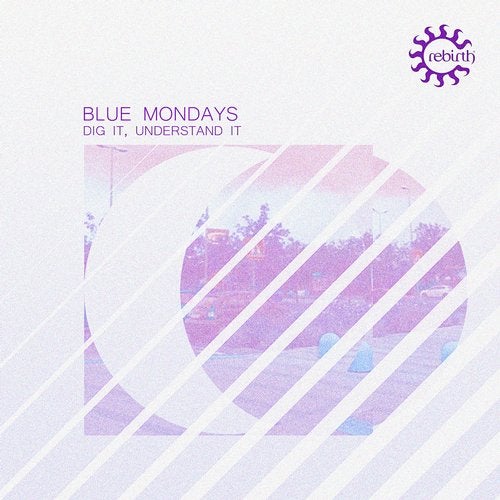 Blue Mondays, the project of Alex Ferrazzi and Keemani, are back on Rebirth in 2018 following their previous singles Everything and Stop. Merging their backgrounds in the studio, their sound is a mixture of spanning lo-fi disco to techno, based on dope beats, smoked out samples, deep basslines, and uplifting vibes. They are both crazy dj's and vinyl collectors delivering ultra open minded dj sets ! Released on vinyl on their label TFBM - Tunes from Blue Mondays, Dig It, Understand It is a long building electronic piece that goes on and on...hypnotic, spacey, with raw and deep synth lines and a sonic blue jazz flavour. A slice of driving deep detroit housepure bliss ! Italian musician Gigi Masin, produced another uniquely intricate and deeply emotive composition, a sublime and spaced-out juncture of jazzy ambient and foggy electronics. Part of a small underground scene in Venice, Gigi remained unknown for the main part of his career, but his music developed something of a cult following in the recent years. Dutch house master William Kouam Djoko drops a simple yet effective dubbed-out version that builds heavily on space, both physically and mentally.

Dig It, Understand It