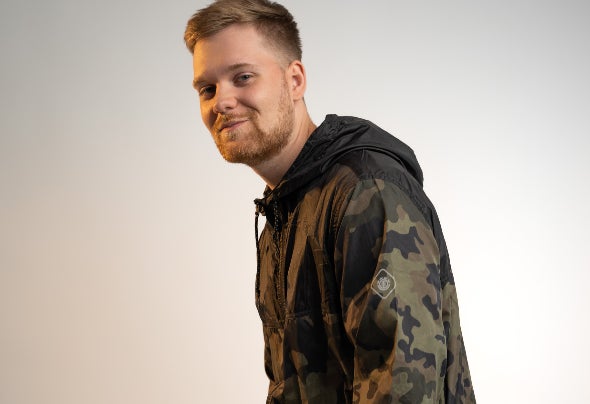 During his short time in the drum and bass scene, Dux N Bass has been intent on fusing face-melting synths with captivating dancefloor melodies. The avid D&B head says he wouldn't be who he is today if it wasn't for drum and bass; he's now putting his own personal, high-octane spin on the genre that has always had a special place in his heart. Currently based in Germany, Dux N Bass' love for all things made at 170 beats per minute was nurtured in Mannheim. It was here that years of raving formed his love for jump up drum and bass, which the Dutch producer now intertwines with vocal toplines and dancefloor arrangements to create the most memorable, energetic, and bass face-inducing range of sonics possible. His debut single 'Walk n Skank', with Macky Gee and Jah Screechy, was released on Spinnin’ Records in 2018 and has since gone on to amass 5 million streams. Having also released a number of other solo tracks, as well as official remixes for Skunk Anansie, Sikdope, and Duke & Jones, the young producer has proven his expertise in creating memorable basslines time and time again. Translated from Latin, Dux translates to 'leader'. This ethos has now cemented itself firmly into the Dux N Bass project, with the producer aiming to become a leading force within drum and bass, reaching as many people as possible in the process. With a string of releases forthcoming on Elevate Records, Dux N Bass is now, without a doubt, on the path to achieving all of this and more.