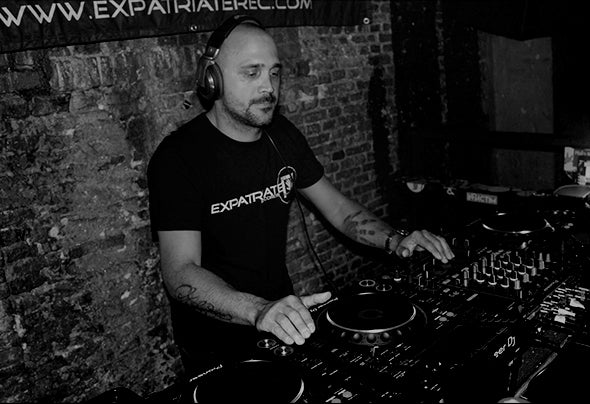 Specialist Deep Melodic House & Techno. He is a Producer, Engineer, Songwriter, Music Techno Lecturer., He has been a DJ for 28 years, with his career beginning in the rst half of the nineties. In 1992 he had his rst experience on radio national broadcasting station to promote image and development of Sicily and Piedmont. Niko Favata never forgets new music trends and “house music” style. Thanks to his talent, amazing hit and his remarkable and personal way of living the console, he realizes amazing livesets making the audience go crazy with his performance. His collaborations with national and international artists helped him create many projects, so that he currently works with several clubs in Italy and in the rest of Europe and shares the console with national and international Guest DJs. Niko Favata creates his owner label in 2013 Expatriate Records where he had great results in the best club in the world, all the major DJs like the sound of the underground Expatriate Records