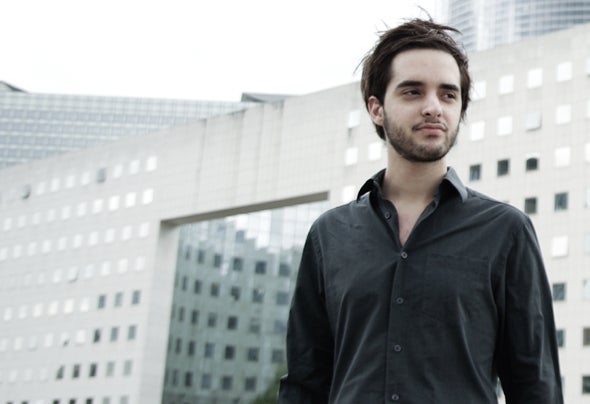 Douze is Arnault Douze Esteve, a young 24-year-old Frenchman. Although he lives in Chantilly (yes, there’s a place called Chantilly, which makes us want to visit, packing strawberries), it is Paris that has both inspired and given birth to his artistic persona. First discovered by Kris Menace, Douze became the protégé of the German producer. Their collaboration led on to several tracks produced together on Kris's "Idiosyncrasies" first album such as the 2009 techno anthem "Scaler", "Sensuality", "Borderline" and "Challenger". One year later, the duo striked again to release "Lockhead", which was picked up and re- edited by Steve Angello for his own Size imprint. Following this, Douze collaborated with another titan of the French house music scene, Alan Braxe, the results of which are still under lock and key in Braxe’s own product ion vault.Stepping out on his own Douze released his debut solo EP, "Les Paradis Artificiels", released on Discotexas during the summer of 2010, and closed the year on Work It Baby with his "Doxology" EP, showing off yet more aspects of his talent with the yearning synths of "We Got The Love" (featuring Lo Galbo), lat er picked on Hed Kandi. 2011 has been quite calm, but Douze hasn't stopped working: half a dozen remixes are on their way, new collaborations with Kris Menace were released before the end of the year, but first, his 2nd Discotexas EP, "Et ernit y's Call Back" came out December 2nd, wit h some stunning remixes from UK genius' Blende, French newcomer Rhayader and Publicist, the solo project of Sebastian Thomson, drummer of Trans Am.