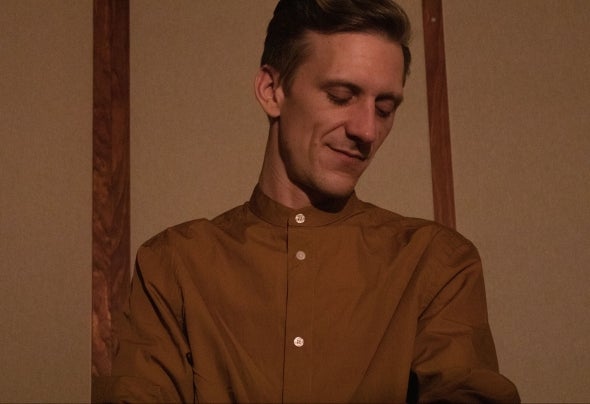 Distinguished multi-faceted composer Jay Fase starts his career in the early 2000s by composing numerous tracks for the greatest urban pop artists in French musical landscape, such as Soprano or Booba. Awarded with several gold and platinum discs and various trophies from the music industry, he decides at the end of 2013 to launch his own group, the electronic duo “rey”; a project with melodious grooves, tinted with future-bass and sparks of trap rhythmics. This new experience allows Jay Fase to perform regularly on stage, in clubs or festivals, sometimes in the most famous institutions worldwide. In four years and about a hundred of live performances, three albums and tens of singles and collaborations on international labels have taken shape under the « rey » brand, each of them fully composed by Jay. Workaholic and tted with an insatiable creative spirit, it is in 2019 that Jay Fase undertakes a turning point in his journey. More than a turnover, it is a metamorphosis who takes place and brings Jay Fase to blossom in a solo career. The maturity and competences he got while working on his solo project allow him to come back today with serenity to a more « underground » song: an intrinsic choice which unveils the perfect chemistry that the composer nurtures with his art. A tribal music with mesmerizing and submersible techno that ushers the listener on a deep spiritual journey and will reconnect him to the depths of mother land, the time of a composition, a set or a live performance.