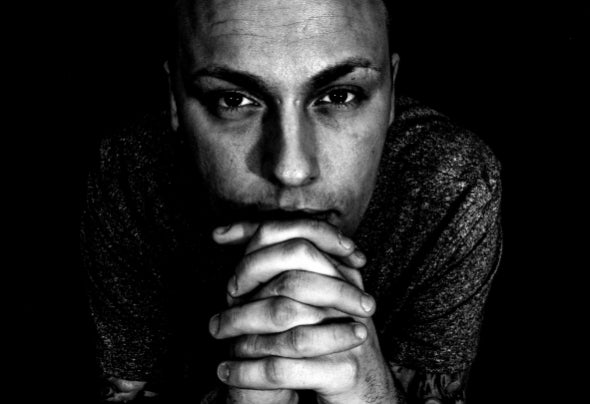 Already in his early years, original Berliner Steven Beyers knew which path leads him to his goal. Being fascinated by the unique and vibrant night scene, he soon discovered his passion for electronic music.Driven by his strong ambitions and volition to produce music himself, he decided to also become part of this creative subculture.Back in time newcomer Beyers gave up his last money to own his first vinyl and thus really live up to his passion. Pretty quick he discovered his talent of producing suspense-packed sets and nailing sounds just right on the spot where they ought to belong. Before he formed new ambitions – to make a living out of his biggest hobby, Steven established his career by performing on numerous gigs in and around Berlin.His first EP „four in one pocket EP“ was released in 2008 via the label „lørdag“. After all, his work didn`t only turned out to be a success because of the support of Troy Pearce, Paco Osuna and many more.Afterwards he released further EPs in collaboration with lørdag and other established labels with famous artists. Releasing more own EPs like „Saxokalypse Ep“ or „Tamboreres Ep“, Steven proofed his ability to diversify his musical outflow but still provide it with his very personal and distinctive sound.Due to his fabulous work he was hired for gigs in numerous German cities and well known clubs as well as in cities all over Europe. In addition Steven was invited to different radio interviews.His quite dynamic nature and brilliant choice of music did never fail to pierce the clubbers ears and create an ecstatic dance adventure. With the help of his conspicuous presence and happy nature when displaying his art, he was able to create a recognition value, which is rather unique in the scene.It is very characteristic for Beyers to break with the expectations of the crowd and snatch them out of his deep grooving and impulsive sets, just to recapture them even stronger in the next loop.The year of 2013 started well for Steven Beyers. He raised the thought in collaboration with Alfred Heinrichs (Heinrichs & Hirtenfellner) of becoming a member of the Supdub family in order to release his new productions here. Starting already in March 2013, he will release his new EP "Friendship" via the sub-label “Moonplay”. This one is of course supdub-branded with mixes of Alfred Heinrichs & Carlo Ruetz.Further Ep`s are already planned. So let the journey continue.