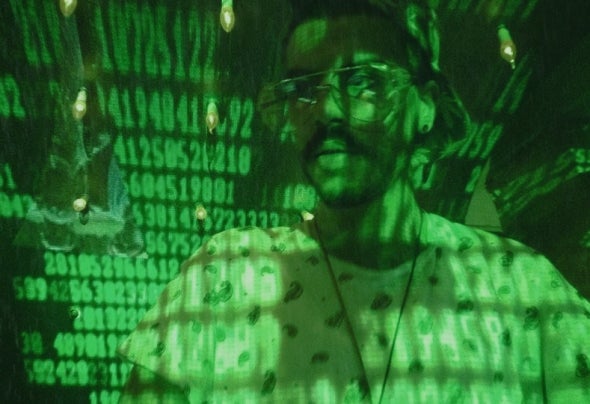 ROOT is an exciting prospect who's focused on encapsulating an audience with deep frequencies and minimal grooves.Born and raised in the southern hemisphere, Cesar found his love of music at his early years on his hometown Gafsa, Inspired by a wide spectrum of genres and styles , Experimenting a deep back-grounded unique frequencies that forges his visions.ROOT is an artist that believes music has no limits to innovate, inspire and to regenerate a progressive state of motion.he was first initiated to the Technologic music in his birthplace Gafsa, in North Africa, through the repetitive percussion of the groovy native drummers in Tunisian streets and Sahara’s desert, added with the analogue gears and racks from Detroit to Berghain, Cesar aka ROOT is a true believer that before appearing in Detroit during the mid 80s, Techno has been taking place in Africa since longtime, not through sophisticated electronic devices but through traditional hand made drums, native chants and other tools, his passion of creating a whole atmosphere to his vibes, creating a whole state of resonance through precise elements and sound generators to ensure the astral trip to the mood, taking influences from a wide range of music styles and genres.The studio hasn't only been an outlet for ROOT as ad DJ and Live performer, but also as talented producer. So far; Bosom, Low Rec, Psicodelica Label and other labels Worldwide have housed some of ROOT’s loved releases. His dynamic style glides effortlessly between the experimental and groovy four to the floor sound perspectives.His formidable style, continues to take him around the world leaving a touch of his magic in every booth he steps into.