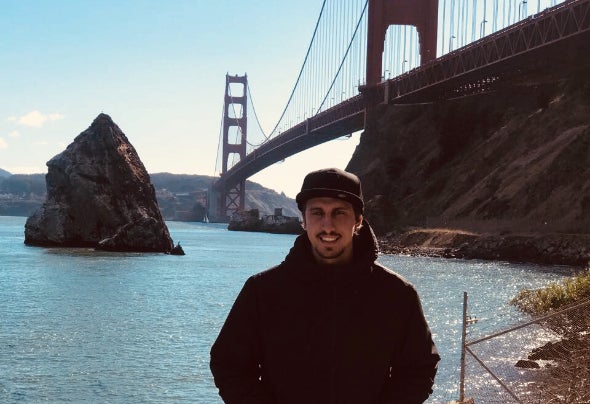 Diego Azambuja Siehe aka DAS born in Brazil (Porto Alegre), raised in Argentina (Buenos Aires). He is a twentysomething artist who from a very young age was attracted to electronic music paying attention more than anything to the bases of genres and how music is shaped. He studied music production at Sonica (electronic music school) and then continued to nurture together with Xhei and Michel Lauriola its two great pillars and references. His productions are characterized by atmospheric, ambient and rhythmic sounds, with marked textures that generate a conducive atmosphere and hypnotic melodies. Its maximum influencers are Oscar Mulero, Lewis Fautzi, Tensal and Reeko among others. In his DAS sets he generates a climate in which the techno becomes dark and deep and at the same time that the public on the floor can dance and enjoy these sounds. He shared the booth with Xhei, Michel Lauriola and Farceb on several occasions, with the duo E110101, Josefina Muñoz, Jam-on, Fu-5, Joaquin Ruiz, Dist, Euyinn, Diego Cid, Agustin Viera, Mekas, Juan Trujillo, LPP, Mental Resonance, José Monsalve and Samsara among others. He played in iconic clubs of the techno scene in Buenos Aires such as Under Club, Barhein and Cocoliche, in prominent cycles such as Assault to name a few and in massive festivals such as La Feria.