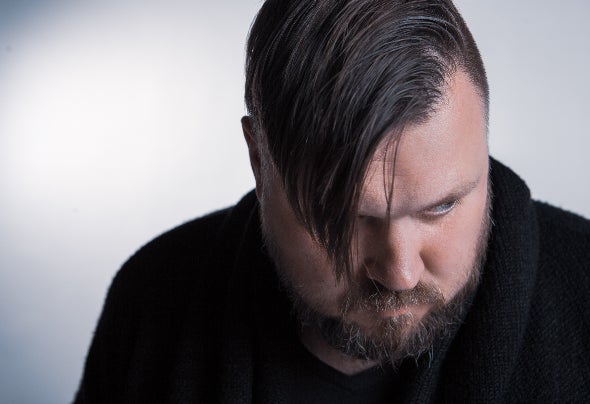 The GOAT is a techno musical artist based out of Vancouver, BC. His music is caked in heavy shadowy textures. The inventor, Marcinkiewicz, started creating unique stripped-down, percussive, eccentric warehouse techno in 2016 that gained definition under the moniker 'The GOAT'. Bands like Minor Threat, At The Drive-In, NIN, and The Locust captivate Marcinkiewicz. The sound is inspired by his early days as a punk and thrash drummer travelling Berlin and Eastern Europe. His philosophy of using dissonance as an instrument is displayed in its debut Flout EP (2016). Shortly after its release, the Flout EP entered Beatport’s 'Top 100 Techno Releases' chart and climbed to the top 10 on the 'Top 100 Minimal Releases'. The GOAT has had 6 top 10 releases in the Beatport 'Top 100 Releases' charts. Peak Time/Driving and Raw/Deep/Hypnotic charts have supported his work. Marcinkiewicz carries the same atmosphere of his releases into his DJ sets. He moves the dancefloor into unfamiliar territory by shying away from overt melodies in favour of more primal sounds. The GOAT has shared the stage with legends like; Chris Liebing, Layton Giordani, D-Unity, Kevin Saunderson, and Ramon Tapia. The GOAT’s first full-length album ‘The Details Are Vague’ is set to release on June 10th, 2022 via Groudwerk Recordings. The GOAT has already completed two follow-up EPs featuring international remixes of selected album tracks. Marcinkiewicz continues to push boundaries in his current work and beyond. Check out ‘The Details Are Vague’ on June 10th, 2022.