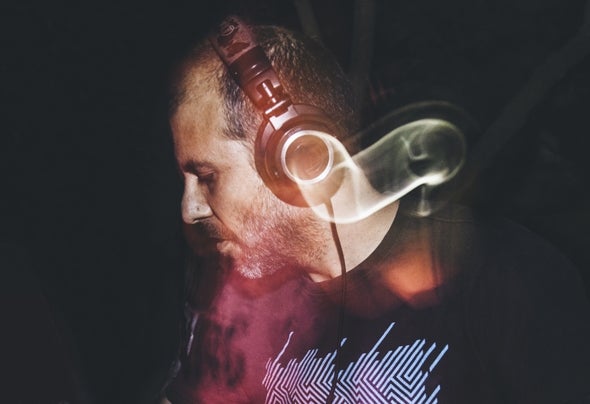 Pioneer of the Lebanese electronic scene, Kaa has been traveling around the globe since more than 20 years now, spinning his own vision of music and visuals. In 2009 he founds Air Snare records together with Brian. After throwing several showcases around Beirut, Paris and Mumbai, Kaa has launched Elektrokulture, a unique concept that combines music, art and nature the Cedar’s land very own electronic music festival. Having released already three different compilations that have received great feedback and a few original productions of his own on highly respected labels such as Tribal Vision, 303 Lovers and Hypnotic Instincts, he is focusing on his audiovisual live act these days spending also a lot of time in his studio. Its in 1997 when Kaa decided to take his career as a self-accomplished Dj seriously and by 1999 he founded the Beirut Underground (Bug System) project with some Lebanese fellows, promoting the electronic scene through unique events in the Middle East. After graduating from a French Graphic design school, he launched his Vj project, the Visual Suspects. Kaa’s philosophy amalgamates visuals with music, and he creates each one to counterpart the delectable ow of the other. By intricately merging the two elements, The Kaa was born, being among the rst to initialize the concept of a DJ and a VJ together, creating the term of DVJ – thus creating a completely synchronized audiovisual experience.