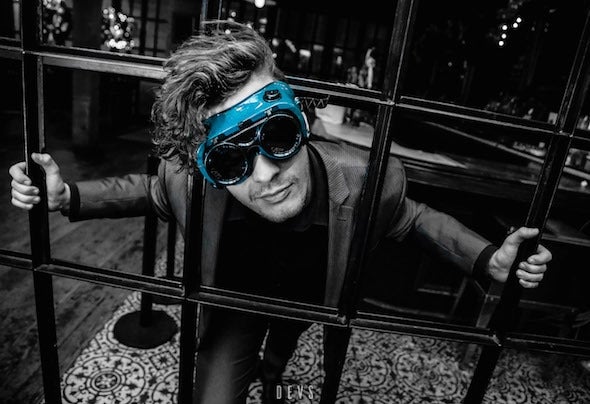 Moving to the US from Israel at the age of 10, Kislov quickly transitioned to life in the new country. His mother and sister's interest in Electronic music influenced his first musical experience at the early age of seven and eventually lead the way to his calling as an Electronic music artist. Little did he know at that moment that he would go on to become one of Chicago's finest.“I remember when I was 16 when I'd go every day to the bowling alley by my house to play on their turntables. That's when I fell in love. I played every minute that I could. I soaked up as much knowledge and ability to the point where I could walk up to a pair of CD-J's and spin blindfolded,” says Kislov.This same passion drove him to enter his first ever DJ competition, The Jammin' on the Wolf festival mix competition where he took first place and headlined alongside EOTO and Break Science. Later, Kislov would go on to perform at some of Chicago's most elite music venues including Soldier Field for Spring Awakening, North Coast Music Festival, Wavefront Music Festival, the Aragon Entertainment Center, Concord Music Hall, and Congress Theater where he played a remarkable set on New Years Eve for Porter Robinson and friends. Kislov has also toured throughout the local Chicago nightclub circuit including The Mid, Castle, Sound-bar, and Primary playing alongside artists such as David Guetta, Sander van Doorn, Marcus Schossow, Tommy Trash, PANTy RaiD, Super8 & Tab, Chuckie, Mat Zo, Audien, and 3LAU to name a few.