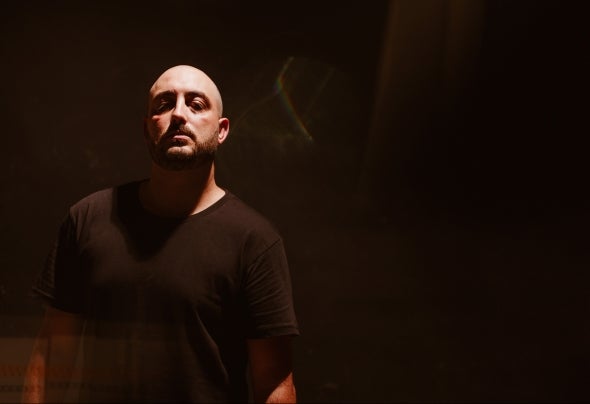 Embracing his affinity for solid house and techno, Australian producer and DJ Pantheon has curated a sure-re form of eloquence across his work. This tastemaker curates a premier catalogue that explores electronic music from the melodic tones in his recent studio output, to the heavier, more driving hints across the techno realm. Having released on Unknown, Motorik, Ugenius, Open Records + more Pantheon’s craft is distinct, dropping tracks that have attracted global praise with fellow artists and publications like Electronic Groove, Pilerats and Magnetic Mag. From dance floor to dance floor, his name has grown a prolific position across the map! Pantheon regularly steps out of studio boundaries, manifesting a mature yet evolving signature, apparent across his most recent work. ‘Cursed’ clocked up play from Danny Howard and ‘Spaceships’ from Pete Tong, both on lucrative shows via BBC Radio, while the USA pricked the ears of enthusiasts with an inaugural premier of ‘Robots Dance’ on leading electronic publication Dancing Astronaut. Locally all three leading tracks were premiered exclusively on the air by Triple J’s Aston Shue. Over on Motorik, Pantheon dropped a collaborative EP with Horowitz with Body Action attracting yet another bout of widespread support. The recent past speaks volumes on the music front too, with release’s “The Conquerer EP” + “BL1” a collaboration with good friends The Journey, ‘Timewarp’ featuring Nyxen on Unknown, ‘Totem’ on Ugenius Music, ‘Osanobwa’ on Open Records! 2020 has started with a bang with Pantheon releasing a collaboration with Aussie friend now residing in L.A Craig Williams on the newly flourishing Canadian label No Neon. Following this up he remixed ‘Flight of the Vulture’ on Balkan Connection and to round out the hot start to the year he started his own label Interfonic. The first release being a stellar collaboration with Made In Paris. Things are looking bright as Pantheon takes his game to a new level!