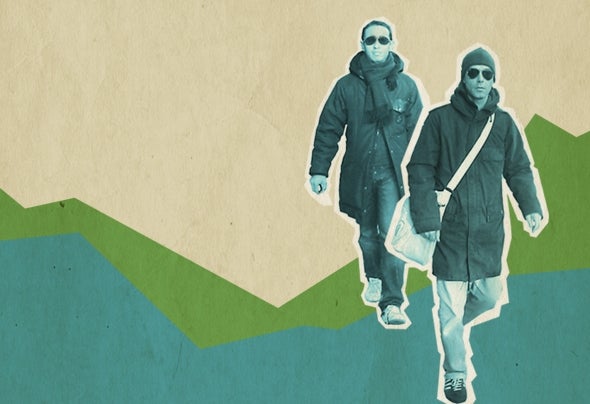 Born in the summer of 2004, the NUfrequency project is a collaboration between Shield and Cristiano Massera. Their first single ‘808 (Why Oh Why)’, signed to Little Mountain , has seen the big support from all the top jocks. Pete Tong played it 8 times in his Essential Selection making it an Essential New Tune, and it has been one of the tunes at the WMC '05 . In 2007 Shield and Cristiano are back with ‘Love Sick’, featuring the vocals of Plavka, best known for being the singer behind Jam & Spoon. The single released on Rebirth, alongside hot remixes from Cagedbaby and Mock & Toof, followed in 2008 by ‘Go That Deep’ (released by NRK in the UK) featuring the legendary Shara Nelson, with fantastic interpretations by Charles Webster, Redanka, Skylark and Paul Woolford. Heavily supported from the likes of Pete Tong, Laurent Garnier, Jazzanova, Groove Armada to name a few it has been tipped as the best soulful house tune of the year. In 2009 Shield and Cristiano team up with the amazing Snax for ‘Passage Of Time’, a hook-heavy, explosive and infectious psychedelic song based on pounding drums, Bee Gee's inspired vocal perfection and charming Prince- like seduction. Released on Rebirth in May with mixes from DFA’s Juan MacLean, Freeform Five and Hot Toddy. In 2010 'Fallen Hero' with the fantastic vocals from Ben Onono released with mixes from Motor City Drum Ensemble, Rennie Foster, Mark E and Amillionsons. The song is currently n.1 as most charted record ever on Resident Advisor and supported by the biggest names ! 7th February 2012...the release of 'Connected'...the debut album !