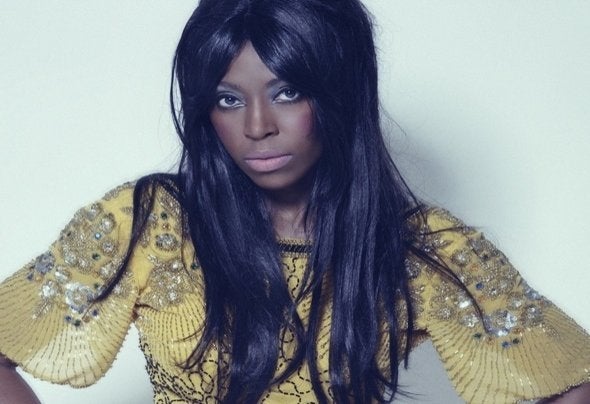 London based PJ Higgins has collaborated with a host of artists over the years, lending her quirky and distinct anecdotes to many a project and recordings. A diverse Singer/Songwriter, she first sprang to attention under the pseudonym ‘Princess Julianna’ in 1997, working with ‘Temple Of Sound’ (ex Transglobal Underground), performing on all three of their albums, ‘Black Orchid’, ‘First Edition’ and ‘Globalhead’.It was via this association that PJ then went on to meet and collaborate with Transglobal’s ex starlet and Egyptian diva, ‘Natacha Atlas’, where she featured on two of Natacha’s solo albums, ‘Something Dangerous’ and ‘Mish Maoul’. Mixing a vast array of styles which can range anywhere between Electro/Rap/Reggae/Punk/Dance, whatever mood takes her, PJ personifies the synthesis of multicultural Britain from where she originates and continually draws stimulus from the sounds around her. Effortlessly transgressing from one genre to the next with an unequivocal authenticity, she sees music as a device in which to unify, not segregate.Eclectic by nature, she considers the ability to bounce between genres an asset, not a hindrance, adding a touch of differentiation to what would otherwise be ordinary.