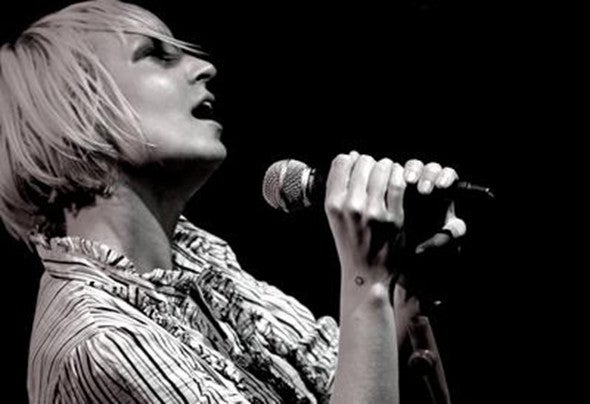 Although raised in Australia, Sia Furler rose to fame after moving to the U.K., where she worked as a guest vocalist for several groups -- including the electronica duo Zero 7 -- and released her own solo albums. Born in 1975, she first performed on the Adelaide jazz circuit during the '90s as a vocalist for the band Crisp. An attempt to launch a solo career in 1997 didn't pan out, though, and the blonde, blue- eyed antipodean eventually hopped on a plane to London. While there, she landed a gig as a backup singer forJamiroquai and inked a solo contract with DancePool, a sublabel of Sony. Sia released her first single, "Taken for Granted," in early 2000. Although the song only peaked at number 100 on the Australian charts, it rose to number ten in the U.K. and increased European demand for her debut album, Hearing Is Difficult, which followed in 2001. At the same time, a string of big names in the British music scene began asking for Sia's services; offers from Zero 7 and William Orbit ensued. Although some projects only called for Sia to sing on one song, her association with Zero 7 proved to be a recurring thing. She ultimately remained with Zero 7 for three albums, serving as the group's go-to vocalist while also furthering her own career with solo releases likeColour the Small One and Some People Have Real Problems. Meanwhile, Sia also began building an audience in America. One of the songs from Colour the Small One, "Breathe Me," gained attention when it was used in the elaborate final scene of the Six Feet Under series, and the resulting buzz allowed her to enjoy a successful stateside tour. That tour was documented on her first live release, Lady Croissant, in 2007. By the following year, Sia's American audience had increased to the point that Some People Have Real Problems, her third album, debuted at number 26. Zero 7 began working on another album in 2009, but Sia had already shifted most of her attention to furthering her own career, and the band hired another singer in her place. Working alongside bassist Sam Dixon, she boosted her songwriting cred by writing several songs for Christina Aguilera, who put the songs onto her 2010 release Bionic. Sia also continued writing songs for herself, and We Are Born marked her most upbeat album to date in 2010.