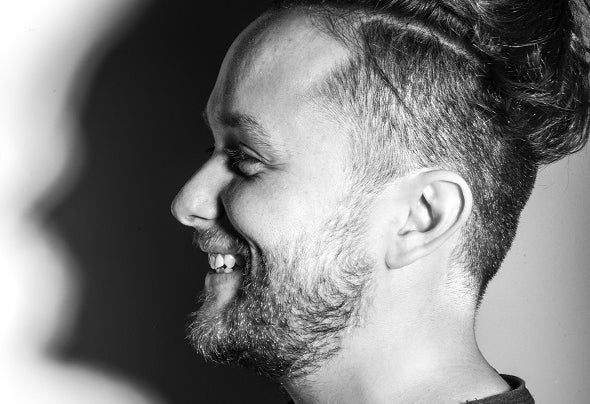 MIKE STEVA [Yoruba Records/ Deeperoots Music]Mike Steva is a DJ/ Producer whose true love of music and life radiates from his soul. His infectious energy and all- round positive vibes easily convey to the dance floor – as he effortlessly commands a room from behind the decks, or through the depth and character of his original production work.Born in Melbourne,Australia to parents who migrated from Europe in the 1960’s; Mike's origins are deeply rooted in his ancestral homeland of Macedonia. Having always felt adeep and spiritual connection to his heritage, his music embodies this vibration with a strong association to drums, world music and ancient rhythms. Forming a passion for music at a young age, Mike started off playing drums at school - soon understanding that the rhythm was already instilled in him. Surrounded by world music at home along with being exposed to the record and cd collections of his older brothers, he was heavily influenced by a vast array of sounds - from reggae, to funk, soul, R&B and disco – all of which contributed to his solid musical foundations and his extensive personal music collection.At the age of 13 Mike discovered the art of DJ’ing, which for him felt like a natural progression in his life and where his obsession with house music truly began. He felt the energy house music possessed, it resonated with him and aligned with his desire to make people feel the music and dance!Keen to expose people to good music and with the mindset of, ‘if you want something done right you gotta do it yourself’, Mike established Deeperoots Music in August 2010 as a way to promote underground house music in Melbourne, Australia and around the world; playing host to numerous quality events and a succession of internationally renowned artists including Osunlade, Josh Milan, Zepherin Saint, Franck Roger and Karizma, whilst showcasing the best of Melbourne’s local talent. Going from strength to strength, Deeperoots Music has become an integral part of the global underground house movement.Having earned a reputation for his expressive and purely soul-driven sets, Mike is a key player in the Melbourne house scene and regularly in demand. Supporting artists including Osunlade, Masters at Work, Timmy Regisford, Dennis Ferrer, DJ Spen, Karizma, Loco Dice and more, he has featured on bills and performed around the world. On the production front, Mike aims to deliver his own interpretation of everything that has shaped him musically and personally.After featuring on DJ Sneak’s WMC 2012 Magnetic Sampler, he signed with Yoruba Records, releasing his debut EP ‘Visions of Paradise’ in 2013 which received strong support from the likes of Osunlade,Z epherin Saint and Hector Romero, to name a few; with the track ‘New Beginning’ appearing on the Defected Presents Most Rated Ibiza 2013 Compilation. Mike Steva has recently completed his debut album entitled ‘Who Am I’ – inspired by his roots, influences and musical journey up til now – which is due out on Yoruba Records in June/ July 2014, with singles from the album dropping April/ May. With selected tracks already on rotation and being well received on dance floors globally, there is massive hype and anticipation surrounding his forthcoming releases.Along with his original work, Mike has also just finished a remix of the newly released ‘Simpatico’ by DJ Fudge and Hallex M. featuring Omar.With a maturity beyond his years and ever dedicated to playing, pushing and creating a sound that is honest and pure, Mike Steva’s soul mission continues – spreading the love and uniting people in music and dance!