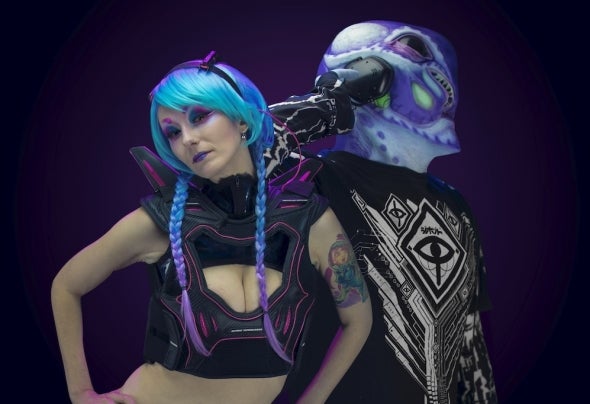 The Voice of American Hard Dance for over a decade, Zoe VanWest has lent her talents to chart topping singles with Gollum, S3RL, M-Project, Synthwulf, DanielSeven, and many more artists in the Hard Dance genre over the years and in doing so helped to shape the American Hard Dance scene. While bringing an edge of live performance to a genre dominated by DJ only performances, her full live concert stage show has earned her a place among some of the largest acts of the genre, Co- Headlining with acts like Hixxy, Al Storm, Scott Brown, and Ian Van Dahl. Recently Signed to UK label 24/7 Hardcore she looks forward to bringing more dance anthems to crowds all over the world. Over the last 11 Years Zoe has built a Full 1-1.5 hour Concert style Live Show. The entire show is live mixed with a DJ, includes synched visuals ( when video wall or projection surface is available), singalongs and audience interactions like kazoos and in