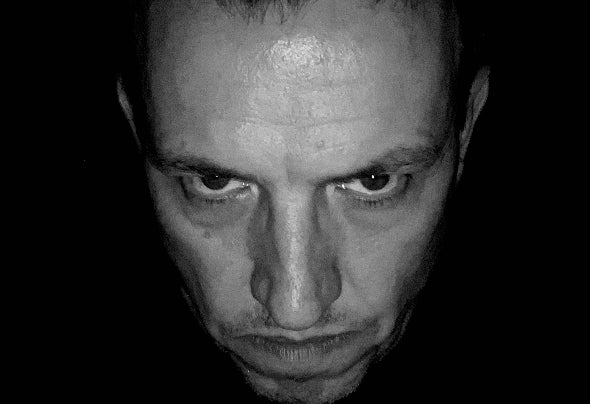 Rich Campbell was always involved in music from an early age. From making tracker music for the demoscene in his early years he moved into DJing in bars before getting his first club residency at Fixation, a trance club in the UK. Here he honed his DJ skills warming up and played alongside big names in the trance world. Bigger guest spots such as at UK super club Passion followed along with multiple radio shows such as ETN.FM and Rise.FM in the early days of internet radio. As the years went by he realised that his first love was no longer for trance and instead to the techno he intermixed with his harder tech trance tracks in his 4-6am DJ sets and decided that it was time for him to make professional music and not the amateur attempts he’d done in the past. Years of quietly honing his skills in the background followed before his first solo techno release the ‘Possessed EP’ was signed to one of his favourite labels, UK label Yin Yang. This gained support from Christopher Lawrence, Luigi Madonna, Denzo and many more and featured on Luigi’s guest mix on episode 433 of Adam Beyer’s DrumCode Radio Live. Since then he continues to work with a wider selection of labels including Blue Monkey Records, Keep On Techno Records, White Line Music, WLM Hard, Pure Dope Digital and Mechanikal with others in the pipeline. His style of techno is varied; sometimes dark yet melodic, sometimes twisted or acidic and occasionally with a cheeky nod back to the rave techno days of his youth. Now starting to hit both the hard and peak techno charts on major sites like Beatport, he is starting to make a name in the techno scene.