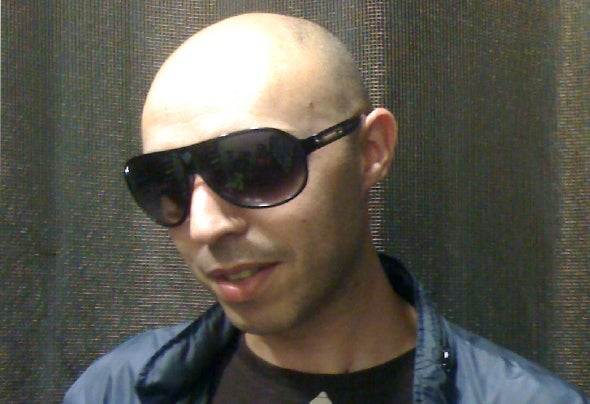 It started as a joke on a friend's house, curiosity was stronger and so was born a passion for dance sceene that lasts until the present day. In the mid- 90 began in the homes of friends and small private parties, quickly went to the local bars and clubs and then on a national level, always underground and always with great influences of djs like Mario Roque, Oscar Baia, XL-Garcia, Plasticman and Dave Clark. The evolution was natural, having been away for a few years back in 2009 completely renovated in musical terms and bigger ambitions. Already with a few tracks released by the label Elektronicvibes and international partnerships with various entities in the world of music already traveled huge houses and national participations in events of electronic music, will soon begin his career as an international dj gigs already marked across borders and his native guess is the sound of this great night DJ on the rise. In fact their set's not only follow a line or style but rather a mixture of styles that vary from the house to tech and progressive or techno, while no one indifferent to their sounds. A DJ with a proven and mature musical taste found that can not stop listening .